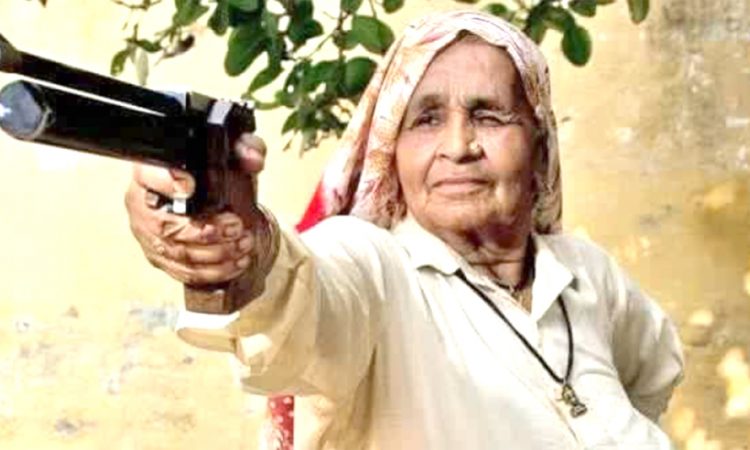 NEW DELHI, APRIL 30: Shooter Chandro Tomar, nicknamed ‘Shooter Dadi’, passed away at the age of 89 due to COVID-19 on Friday. She had been admitted to a hospital in Meerut earlier this week after she had complained of difficulty breathing.

People from various walks of life, ranging from Union Ministers to film actors, have condoled her death.
Chandro was already 60-plus when she picked up the gun for the first time but went on to win many national competitions, even inspiring a Bollywood movie on her. She was believed to have been the oldest woman sharp shooter in the world.
She took part in several competitions along with her sister Prakashi Tomar, also one of the oldest female sharp shooters in the world.
Once she got hooked on to the sport, there was no looking back as she went on to win medals at numerous competitions, all coming when Chandro was well into her 60s.
Shooter Dadi won many awards in senior citizen category including Stri Shakti Sanman presented by the President of India himself.
She had picked up a rifle by chance, after a younger member in the family expressed her interest in enrolling herself at a newly-built shooting range in their village. (Courtesy: IE)