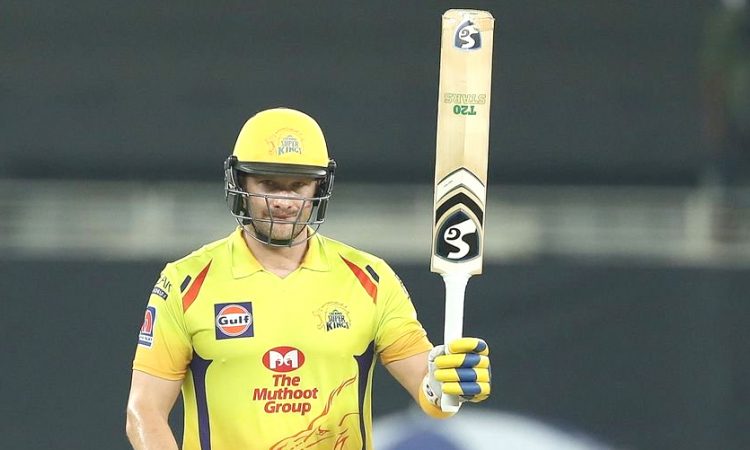 SYDNEY, November 3: Top Australian all-rounder Shane Watson on Tuesday announced his retirement from competitive cricket following his team Chennai Super Kings’ exit from the Indian Premier League.
The 39-year-old retired from international cricket in 2016 and bid adieu to the Australian Big Bash league last year.
“It all started as a dream as a young kid saying to my Mum, as I watched a Test match, that I want to play for Australia. Now as I officially announce my retirement from all cricket I feel crazily lucky to live my dream,” Watson said in a video posted on his Twitter handle.
“It really does feel like the right time. Knowing that I’ve played my last game of cricket ever, for my beloved CSK, who’ve been so incredibly good to me over the last three years.
“To think that I’m finishing up my playing days as a 39-year-old after all of my injury setbacks that I’ve had along the way, I feel so ridiculously fortunate.”
In his spectacular international career, Watson played 59 Tests, 190 ODIs and 58 T20Is, scoring 10,950 runs and taking 291 wickets for Australia.
A sought-after player in the T20 format, Watson also has 3874 runs in 145 IPL games with four hundreds and 21 fifties. He also has 92 wickets.
“The first people I want to thank is my Mum and Dad, who did everything they could to let me realise my dream. My mum and dad sacrificed so much to give me all the opportunities that I needed to see how good a cricketer I could be,” Watson said.
“To my sister Nicole who has always been there supporting me … thank you so much for your patience and understanding when cricket was the only topic talked about in the dinner table.
“I want to thank my amazing wife for being the rock through the ups and downs that living out your dream presents…Now it is time to start a new life with our amazing kids, your dad won’t be missing any more of those special moments again.”
Watson also went on to thank the coaches, mentors, his teammates, his fans across the globe and former legends of the game for their love and support throughout his career.
Watson scored 299 runs in CSK’s IPL campaign this year which ended on Sunday with the side failing to qualify for the playoffs for the first time.
The Australian all-rounder remains one of the few players to have won the IPL with two different teams.
He was a star performer (472 runs and 17 wickets) for Rajasthan Royals during their win in the inaugural edition, while his century in the final against Mumbai Indians had sealed CSK’s third IPL title in 2018 after they returned from a two-year ban.
During the triumphant 2018 season, Watson amassed 555 runs and picked up six wickets.
“Now as one chapter closes, another very exciting one opens and I am forever grateful for everyone’s love and support through this phase of my life and now on to the next very exciting chapter that awaits,” he signed off. (PTI)