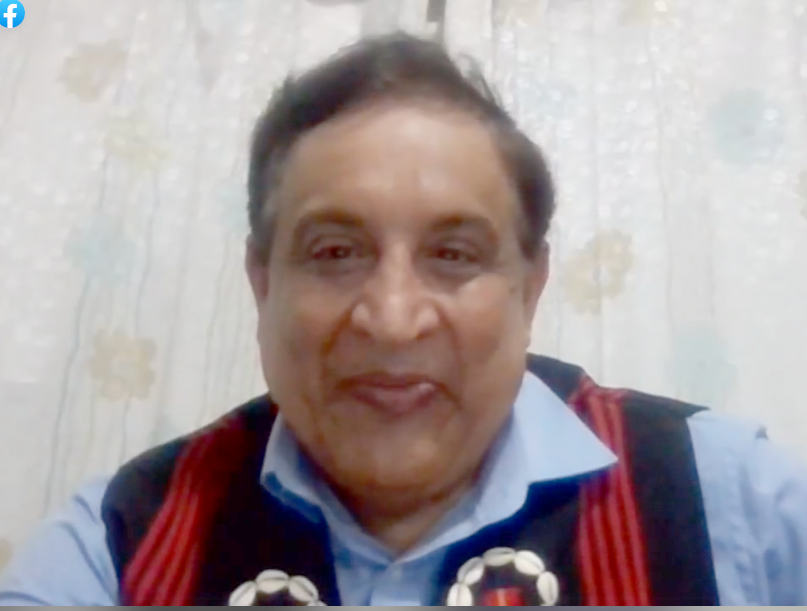 Dimapur, August 25: An online session on Nagaland and North East was conducted by the London-based Sanskruti Centre for Cultural Excellence on August 22.
Lt. Gen. Shokin Chauhan, Chairman of Cease-Fire Monitoring Group based in Nagaland and five-times presidential award recipient made a spellbinding presentation outlining the history, geography, migrations, geo-politics, developmental opportunities, and border management of the North East, with a special focus on Nagaland.
He narrated the whole presentation in 4 sections, namely Diverse North East- Cross Connects, Hornbill Festival, Battle of Kohima, and Security Environment.
Attendees were enthralled to learn the genesis and historical perspective, movement of people from Vietnam, Thailand, Laos, Myanmar, Bangladesh into the North East, invasion of Ahom kingdom by the Mughals, British influence and administration.
He explained the demography and diversity of each of the Northeastern states individually and explained about Nagaland, its 16 tribes, and the colourful Hornbill Festival.
He further explained about the Battle of Kohima that took place around the second World War and spoke about the Kohima War Memorial.
He highlighted opportunities in medical tourism, trade, and economy and improvements needed, including issues of border management.
There was a Question and Answer session at the end of his presentation.
Vote of Thanks was rendered by Ragasudha Vinjamuri, Founder of Sanskruti Centre. (Page News Service)

No taxation on road projects in Eastern Nagaland: ENPO