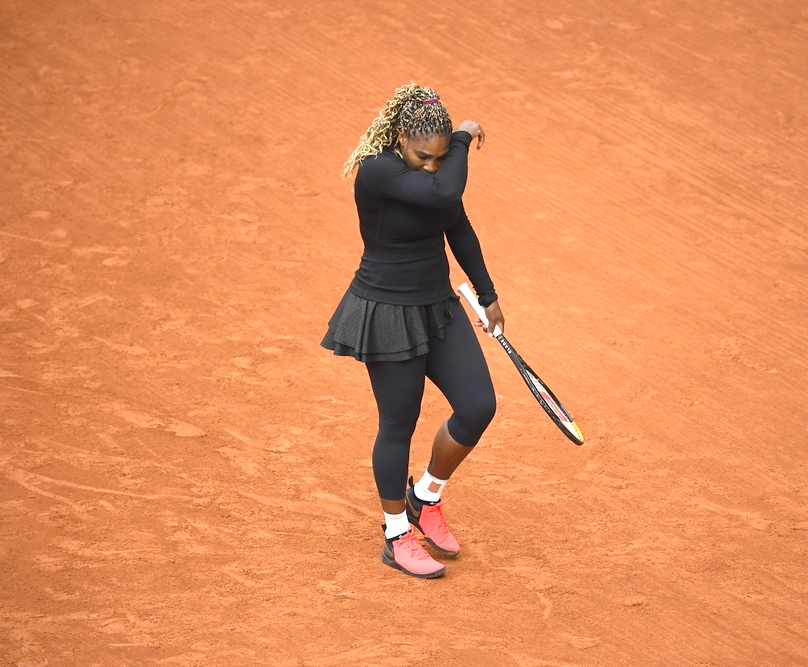 PARIS, September 30: Serena Williams’ search for a record-equalling 24th Grand Slam title will extend into another year after an Achilles tendon injury forced her to withdraw from the French Open on Wednesday.
The American, who turned 39 this week, had been due to play Bulgarian Tsvetana Pironkova in the second round later but after a warm-up decided the injury was too severe.
Williams, a three-time former champion at Roland Garros, said she may not play again this year.
“I warmed up and it was a very short warmup and then I spoke to my coach and said ‘what do you think?’ she said.
“I was struggling to walk so that’s a tell tale sign that I should try to recover.”
Williams had suffered the problem during her semi-final loss to Victoria Azarenka in the US Open and said ahead of her Roland Garros campaign that she was not at 100% physically but had recovered sufficiently to play.
She spoke again of the injury after her first-round win over fellow American Kristie Ahn and aggravated it while practising for her second-round match.
“An Achilles injury is a real injury you don’t want to play with as it can get worse and I don’t want to get to that,” she said. “This is not a nagging injury, it’s an acute injury. If it was my knee it would be more devastating.
“It’s just bad timing and bad luck.”
Williams said she was yet to decide whether she would play again this season, saying she needed two weeks of complete rest.
Williams also pulled out of the French Open in 2018 with an abdominal injury before a last-16 clash with Maria Sharapova.
Since Williams resumed her career in 2018 after a maternity break she has remained tantalisingly one behind the record 24 Grand Slam titles claimed by Australian Margaret Court.
She lost in the Wimbledon and US Open finals that year, as she did in 2019.
While her window of opportunity is narrowing to reach that milestone, Williams sounded a defiant note.
“I love playing tennis. I love competing,” she said. “It’s my job and I’m pretty good at it still… I’m so close to some things and I feel like I’m almost there… that’s what keeps me going.
“My body is actually doing really well.” (Reuters)