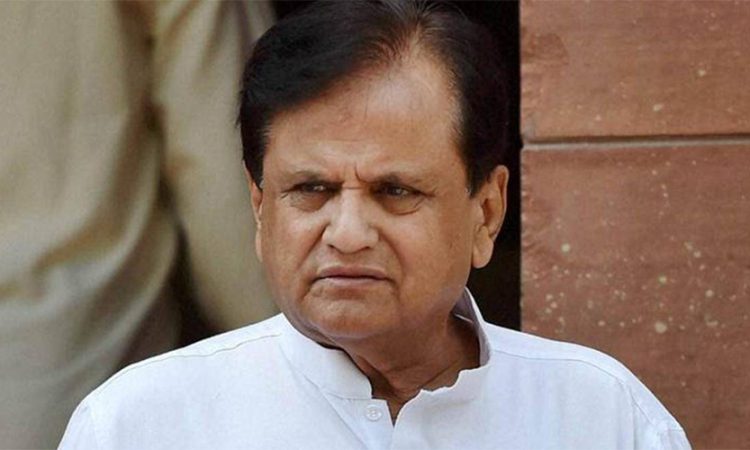 New Delhi, November 25: The Congress party’s top strategist and troubleshooter Ahmed Patel died in a Gurugram hospital in the early hours of Wednesday following complications related to COVID-19. He was 71.

The last rites of the senior leader, who was confidant, crisis manager and consensus builder for the Congress, will be held in Bharuch in his home state Gujarat on Thursday, sources close to the family said.
The body will be taken to his native village in a special aircraft directly from the hospital. Family members will leave in another plane, they said.
Patel, who is survived by his wife, son and daughter, had been critical for the last few days. He was admitted to Gurugram’s Medanta hospital on November 15 and died at at 3.30 am today, his son Faisal said.
“With profound grief & sorrow, I regret to announce the sad and untimely demise of my father, Mr. Ahmed Patel at 25/11/2020, 03:30 AM. After testing positive for Covid-19 around a month back, his health worsened further due to multiple organ failures. May Allah grant him Jannatul firdaus, inshallah,” he said on Twitter.
He also urged well-wishers to adhere to COVID-19 regulations by avoiding mass gatherings.
As news spread about the death of the leader — low profile, astute and a staunch Congress loyalist for decades a host of senior party leaders visited his residence to meet the family and express their condolences. Among them were former party chief Rahul Gandhi, Ghulam Nabi Azad, Kapil Sibal, Digvijaya Singh, Kamal Nath, Anand Sharma, Randeep Surjewala, Bhupinder Hooda, Mukul Wasnik and Jitin Prasada.
AP’ and Babubhai’ to his friends and Ahmed Bhai’ to colleagues, Patel was one of Congress chief Sonia Gandhi’s closest aides and her political secretary for the longest time.
The Congress’ backroom strategist who steered the party out of many a ticklish situation was also the grand old party’s pointsperson for building consensus on key issues with other parties and leaders. He was key in forging the UPA alliance in 2004.
A soft-spoken and affable man, Patel was well respected and had friends across the aisle and in different spheres.
The veteran Congress leader had announced on Twitter on October 1 that he had tested positive for COVID-19 and all those who had come in close contact with him should get tested.
Patel was a member of the Rajya Sabha from Gujarat at the time of his death. He was an eight-time parliamentarian — five times in the Rajya Sabha, three times in the Lok Sabha. His last Rajya Sabha election in 2017 was contested very keenly amid charges of horse-trading.
He was currently the Congress treasurer, a post he occupied thrice.
President Ram Nath Kovind, Vice President M Venkaiah Naidu and Prime Minister Narendra Modi joined Congress leaders, including party chief Sonia Gandhi and Rahul Gandhi, in condoling the death of the leader.
“An astute Parliamentarian, Shri Patel combined the skills of a strategist and the charm of a mass leader. His amiability won him friends across party lines. My condolences to his family and friends,” the president said on Twitter.
The prime minister said he was saddened by his demise and noted that Patel had spent years in public life, serving society.
Known for his sharp mind, his role in strengthening the Congress Party would always be remembered. Spoke to his son Faisal and expressed condolences. May Ahmed Bhai’s soul rest in peace,” Modi added.
Sonia Gandhi, in her condolence message, said she had lost a colleague whose entire life was dedicated to the Congress Party”.
“His faithfulness and dedication, his commitment to his duty, his always being there to help, his generosity were rare qualities that distinguished him from others. I have lost an irreplaceable comrade, a faithful colleague and a friend. I mourn his passing and I feel deeply for his bereaved family to whom I offer my sincere feelings of empathy and support,” she said, voicing her anguish at Patel’s departure at a time of acute internal friction in the Congress.
Just three months ago, in August, Patel stepped in to quell a rebellion. His firm rejection of the public stand taken by 23 party leaders against Sonia Gandhi helped the Congress Working Committee snub the demand for replacement of a Gandhi as party chief and repose faith in her presidency after she offered to quit.
Former prime minister Manmohan Singh described Patel’s death as an “irreparable loss” for the Congress. The country has lost a good leader who always thought for the betterment of the poor and downtrodden, he said.
“His knowledge of the affairs of the Congress party was unmatched. In his death, the Congress Party and our country, has lost a very good leader who always thought for the betterment of the poor and downtrodden people of the society.”
Former Congress chief Rahul Gandhi termed Patel a pillar of the Congress.
He lived and breathed Congress and stood with the party through its most difficult times. He was a tremendous asset,” Rahul Gandhi said in a tweet.
“We will miss him. My love and condolences to Faisal, Mumtaz and the family,” he added.
Patel began his political career by contesting local body polls in Gujarat’s Bharuch district in 1976. He became a Lok Sabha MP in March 1977 and was a member of the sixth, seventh and eighth Lok Sabha till 1989. He was elected to the Rajya Sabha for the first time in August 1993.
Patel was a close confidant of Rajiv Gandhi and the parliamentary secretary to the prime minister from 1985 to 1986.

He later took charge of the Congress’s organisational structure both in Gujarat and at the party high-command. Though Patel never became a minister, he always worked as the background man in the Congress and was at the centrestage of the party’s decision-making till his death.
Patel is the second senior Congress leader to have died due to COVID-related complications. On Monday, former Assam chief minister Tarun Gogoi passed away in Guwahati. (PTI)