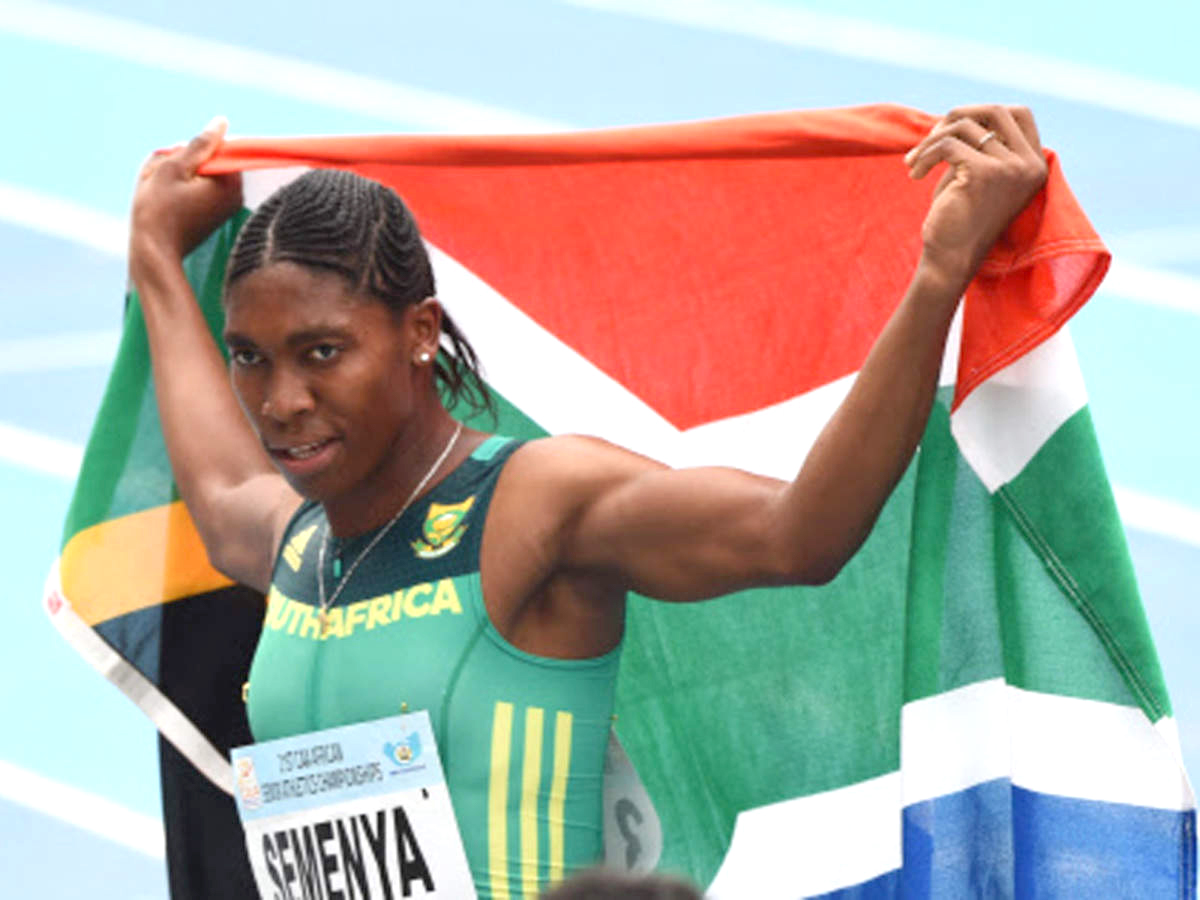 JOHANNESBURG, October 1: The lawyer of South Africa’s Olympic 800m champion Caster Semenya, barred from certain races unless she takes hormone suppressants, has told AFP he is preparing to approach the European Court of Human Rights to challenge the ban.
Two-time Olympic gold medallist Semenya has differences of sexual development (DSD), a condition that causes her body to produce elevated testosterone levels.
The World Athletics governing body in 2018 banned Semenya and other DSD athletes from races between 400 metres and a mile unless they take hormone-suppressing drugs.
Semenya, 29, unsuccessfully challenged those rules at the Court of Arbitration for Sport (CAS).
She then turned to Switzerland’s Supreme Court, which dismissed the appeal last month.
“It didn’t come as a complete surprise,” Semenya’s lawyer Gregory Nott said in an interview on Wednesday, noting that Swiss federal court cases were “very difficult to win”.
“As usual in Caster’s being, she took it very strongly and very well,” he recalled. “She is also up for further fighting.”
Nott said a legal team was preparing the paperwork to take the case before the European court (ECHR) — a process that would take “a few more months”.
Semenya would then decide whether to proceed or not, he added.
“We are merely the horse and she is the jockey, so we listen to what Caster has to say,” said Nott. “She has a mind of her own.”
In its judgement, the Swiss court concluded that the CAS decision “cannot be challenged”.
“Fairness in sport is a legitimate concern,” the court said, adding that the ECHR also attached “particular importance to the aspect of fair competition”.
Nott has represented Semenya since she was forced to undergo gender verification testing to compete against women in the 2009 Berlin world championships.
She won gold in the 800m, aged 18, and was subsequently put on medication to reduce her testosterone levels — spending six months sidelined by World Athletics before returning to competition.
“I see her almost as part of the family,” Nott said. “She means an enormous amount to me… and her cause means a lot not only for herself but to other runners like her.”
Semenya was raised as a woman, identifies as a woman and races as a woman.
But World Athletics say female runners with some masculine attributes like Semenya have an unfair advantage in certain races.
“World Athletics has always maintained that its regulations are lawful and legitimate… and (are a) proportionate means of ensuring the rights of all female athletes to participate on fair and equal terms,” the international
federation said in a statement.
Nott, however, argued restrictions and court rulings against Semenya were disconnected from global calls for greater recognition of marginalised groups.
“If you look at the moment in history in which Caster is running… you see other progressive movements… like Black Lives Matter,” Nott noted.
“These courts are steeped in traditional and, to be quite frank, conservative thinking,” he said, adding that public support for Semenya had “swelled” over the past decade.
While Semenya’s lawyers prepare for another legal battle, the athlete herself still has her eyes set on the Tokyo Olympics, postponed to 2021 due to the coronavirus pandemic.
Nott said his client had continued to train diligently even during court proceedings, waking up before dawn to run through the freezing streets of mid-winter Lausanne before hearings.
“The fight hasn’t gone out of Caster,” he assured.
“She is a true athlete… and certainly reckons to be in the Olympic squad when it goes… to Japan.”
Nott added that Semenya, should she qualify, would take part in the Games “notwithstanding any awaited” court case.
He said she was also “thinking strategically” about her racing options in Tokyo and “considering other events” that may not require hormone therapy.
Semenya had already decided to compete in the 200m before the Olympics were postponed. She has not yet announced her intentions for 2021.
Nott admitted he draws “a lot of strength… from this young woman”.
“She is very courageous and very strong.” (AFP)