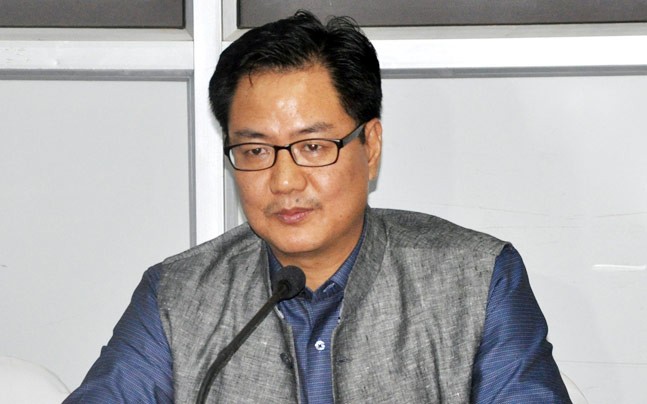 Dimapur, September 13: Union Minister of State for Home Affairs Kiren Rijiju on Thursday said the security situation in the Northeastern states has improved significantly in the past four and a half years and the level of violence and casualty figures in the region have come down by more than 50%.
Addressing the delegates at the 25th Conference of DGPs, IGPs and heads of Central Police Organizations (CPOs) of the North-Eastern region in Itanagar, in Arunachal Pradesh, he stressed the importance of seamless coordination and intelligence sharing among the security forces in Northeastern states to ensure security of the region.
While complimenting the forces for successfully handling the complex issues over the years leading to improved security scenario in the region, Rijiju said security issues and policing in the NE states were unique and challenging because the whole region was bordered by
neighbouring countries.
He said due to its geographical location and exposure to the International Border, the region had to deal with not only internal, but external issues also.
The Minister also lauded the role played by State Police of NE states and the consistent support by central police forces for maintaining the law and order situation in the region.
“Assam Rifles Academy at Diphu at Karbi Anglong district of Assam has been identified for
specialized training of North East police in counter-insurgency operations and NIA has been
conducting training modules for North East police for investigation of terror related cases,” Rijiju further said.
Speaking at the occasion, Arunachal Pradesh Chief Minister Pema Khandu urged the police chiefs to take steps to ensure regular informal talks among senior police officers of inter-State border districts to deal with the concerns of people of border areas.
Arunachal Pradesh DGP SBK Singh and Intelligence Bureau Additional Director AK Mishra also spoke.
“The two-day conference of Police and Intelligence officers is being attended by DGPs and senior police officers from North East States, senior officers from Central Police Organisations and Intelligence Bureau. The West Bengal Police Department is also taking part in the conference,” the Home Ministry release said. (Page News Service)