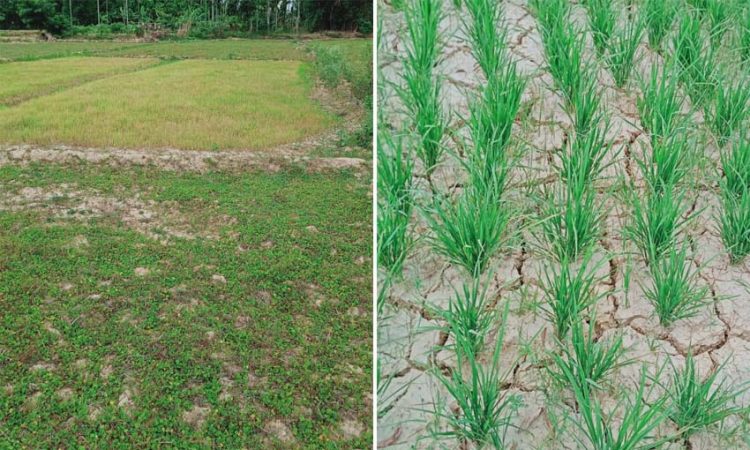 DIMAPUR, SEPTEMBER 3: Farmers in Western Sumi jurisdiction especially Aghunaqa, Khaghaboto and Kuhuboto areas are worried with the scanty rainfall this year even after the onset of monsoon which arrived late.

According to a press release issued by Western Sumi Youth Front (WSYF), farmers in Western Sumi area have witnessed massive agricultural crop loss this year due to scanty rainfall and farmers are already finding it extremely difficult to cope with these changes since almost all crops are season-dependent and rainfall-dependent.
It said staple food production being dependent on direct rain-fed agriculture, the current situation spells doom for the farming community under Western Sumi jurisdiction since the area is witnessing long dry spells as compared to other parts of the State.
It urged the State Government and the agriculture department to declare drought in Western Sumi area and take necessary steps in the interest of the affected farming community who will be in further distress if the Government does not take positive steps.
The WSYF also requested the Agriculture Department and the Nagaland State Disaster Management Authority to depute their staff to Western Sumi area for on-spot verification.
The WSYF stated that despite the arrival of monsoon (delayed), there has been almost no increase in rainfall in Dimapur district, especially in the Western Sumi area, leading to failed germination despite repeated sowing attempts and drying up of whatever crops were sprouting and standing.
The farmers, who have been cultivating for decades, know very well that whatever little greens one sees in the ignorable surviving crops would soon turn yellowish and they have no hope about the standing crops yielding even the tiniest result, it stated

It said while a drought-like situation was sounded by the State Government, it is being brought to light that the Western Sumi area is worst-hit and the farming community is already experiencing drought since all their agricultural crops have failed to survive and are staring at dried fields.
(Page News Service)