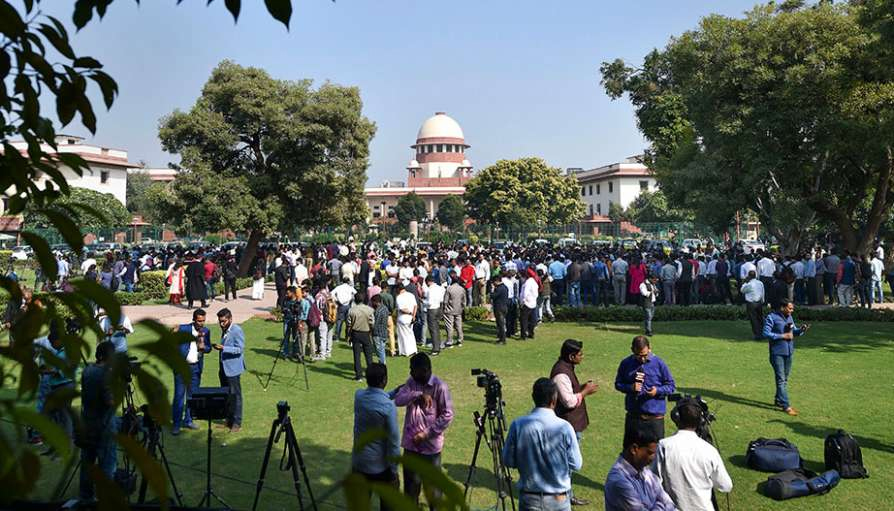 New Delhi, January 21: The Supreme Court is scheduled to hear on Wednesday a batch of pleas seeking to examine the constitutional validity of the Citizenship Amendment Act (CAA).
A bench, comprising Chief Justice SA Bobde and Justices S Abdul Nazeer and Sanjiv Khanna, which had issued notice to the Centre on various pleas, is likely to hear 132 petitions, including those filed by the Indian Union Muslim League (IUML) and Congress leader Jairam Ramesh. It will also hear one filed by the central government seeking transfer of such petitions pending before several high courts to the apex Court.
Some of the petitions filed later have also sought a stay on the operation of the legislation which came into force on January 10. The apex court had on January 9 refused to entertain a plea seeking that the CAA be declared constitutional, saying the country is going through difficult times and there is so much violence that endeavour should be for peace.
IUML said in its plea that CAA violates the fundamental Right to Equality and intends to grant citizenship to a section of illegal immigrants by making an exclusion on the basis of religion.
President Ram Nath Kovind gave assent to the Citizenship (Amendment) Bill, 2019 on December 12 turning it into an Act.
IUML seeks an interim stay on the operation of CAA and the Foreigner Amendment (Order), 2015 and Passport (Entry Into Rules), Amendment Rules, 2015.
The petition had alleged that the government’s CAA was against the basic structure of the Constitution and intended to explicitly discriminate against Muslims as the Act extended benefits only to Hindus, Sikhs, Buddhists, Jains, Parsis and Christians.
The plea filed by Ramesh said the Act is a “brazen attack” on core fundamental rights envisaged under the Constitution and treats “equals as unequal”.
Ramesh said the substantial questions of law, including whether religion can be a factor to either acquire or deny citizenship in India, arises for consideration of the court as it is a “patently unconstitutional” amendment to the Citizenship Act, 1955.
“The impugned Act creates two classifications, viz, classification on basis of religion and the classification on the basis of geography and both the classifications are completely unreasonable and share no rational nexus to the object of the impugned Act i.e., to provide shelter, safety and citizenship to communities who in their native country are facing persecution on grounds of religion,” the plea said.
Several petitions have been filed challenging the constitutional validity of the CAA, including by RJD leader Manoj Jha, Trinamool Congress MP Mahua Moitra, AIMIM leader Asaduddin Owaisi.
Several other petitioners include Muslim body Jamiat Ulama-i-Hind, All Assam Students Union (AASU), Peace Party, CPI, NGOs ‘Rihai Manch’ and Citizens Against Hate, advocate ML Sharma, and law students have also approached the apex court challenging the Act. (Agencies)