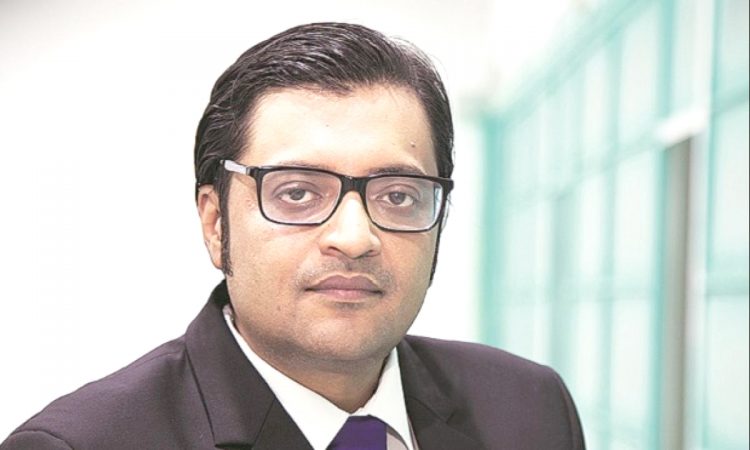 New Delhi, November 10: The Supreme Court will hear on Wednesday the interim bail plea of Republic TV Editor-in-Chief Arnab Goswami in the 2018 case of alleged abetment to suicide of an interior designer.
Within hours of filing of Goswami’s appeal against the Bombay High Court’s rejection of his bail, the apex court registry listed it for hearing by a vacation bench of Justices D Y Chandrachud and Indira Banerjee.
The plea, filed through lawyer Nirnimesh Dubey, would be heard at 10.30 AM on Wednesday.
The Bombay High Court on Monday refused to grant interim bail to Goswami and two others in the case and had asked them to move to the local court for the relief.
Besides the Maharashtra government, Goswami who is lodged in Taloja jail, has made the Centre, the Alibaug police station SHO, Mumbai Police Commissioner Param Bir Singh and Akshyata Anvay Naik as parties to his appeal.
The state government through his lawyer Sachin Patil has also filed a caveat in the top court to ensure that no order is passed on Goswami’s plea without it being heard in the case.
The three accused were arrested by Alibaug police in Maharashtra’s Raigad district on November 4 in connection with the suicide of architect-interior designer Anvay Naik and his mother in 2018 over alleged non-payment of dues by companies of the accused.
Meanwhile, the hearing on Goswami’s bail plea is also scheduled to be heard in the trial court during the day.
Earlier, the high court, while rejecting the interim bail pleas of Goswami and the two other accused Feroze Shaikh and Nitish Sarda, said, “no case has been made out for us (court) to exercise our extraordinary jurisdiction”.
“The petitioners have the efficacious remedy of seeking bail before the sessions court concerned. We have already noted earlier that if such bail plea is filed, then the sessions court shall decide the same in four days,” it said on Monday.
Goswami, Shaikh and Sarda had last week filed petitions in the high court challenging their “illegal arrest” in the case and seeking interim bail.
Apart from seeking the interim bail, the journalist and other accused had also sought that a direction from the high court for staying the investigation into the case and quash the FIR against them.
The high court will hear their pleas seeking to quash the FIR on December 10.
Goswami was arrested on November 4 from his Lower Parel residence in Mumbai and taken to Alibaug in neighbouring Raigad district.
He and the two other accused were later produced before a magistrate who refused to send them in police custody and remanded them in judicial custody till November 18.
Goswami was initially kept at a local school which is designated as a COVID-19 quarantine centre for the Alibaug prison.
He was on Sunday shifted to the Taloja jail in Raigad district after allegedly being found using a mobile phone while in judicial custody. (PTI)