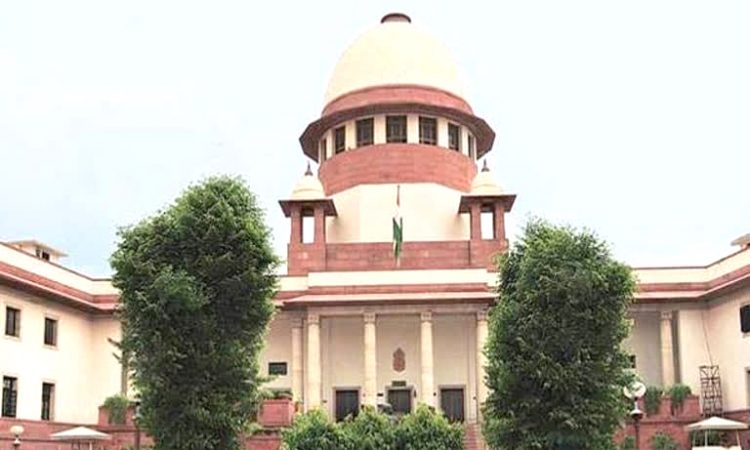 New Delhi, December 16: The Supreme Court Wednesday sought a response from the Centre on a plea seeking laying down of “gender and religion neutral” uniform grounds of award of maintenance and alimony for all citizens in matrimonial disputes as per the spirit of Constitution and the international conventions.
A bench headed by Chief Justice S A Bobde issued notices to the union ministries of Home Affairs, Law and Justice and the Women and Child Development on the PIL filed by BJP leader and lawyer Ashwini Upadhyay.
“We are issuing notice with a great caution,” said the bench which also comprised Justices A S Bopanna and V Ramasubramanian after hearing senior advocate Meenakshi Arora for sometime.
The plea seeks direction to the government to take appropriate steps to remove the prevailing anomalies in the grounds of maintenance and alimony and make them uniform for all citizens without discrimination on the basis of religion, race, cast, sex or place of birth.
At the outset, Arora said, “the religion may treat gender differently but the Constitution will not allow women to be treated differently”.
She was responding to a court’s question asking her to justify the comparison of Hindu and Muslim women in cases relating to maintenance and grant of alimony.
The senior lawyer referred to the provisions of the Constitution and said the government can make a special legislation on the issue.
She said the apex court has passed orders when issue of gender rights has come to fore as the legislation making process has been “too slow”.
Taking not of her submissions, the bench said “we are conscious of what we have done and what we have not done. We are asking you a pure question of law. We are talking about grounds of divorce which are accepted by particular religion.”
The bench referred to earlier apex court verdict given in the Catholic church matter and asked whether it is discriminatory if states apply fundamental rights of equality and gender justice under Articles 14 and 15 respectively in such matters.
Arora responded “State has to ensure that rights and dignity of an individual is protected. State is required to step in when there is violation of rights and dignity.”
She said that a practices in a religion is one thing but there are fundamental rights also which have to be protected.
“When religious practices impinges upon fundamental rights, such practices can’t be allowed to remain in force,” the senior lawyer said.
Taking note of the submissions, the bench said that it was seeking response of the government on the plea.

The petition, filed through advocate Ashwani Kumar Dubey, said that despite the eloquent provisions in the Constitution, the central government has totally failed to provide even gender-neutral, religion-neutral uniform grounds of maintenance and alimony for all citizens.
Maintenance and alimony is the only source of livelihood hence discrimination on the basis of religion, race, caste, sex or place of birth is a direct attack on the right to life, liberty and dignity, guaranteed under Article 21 of the Constitution, it said.
“Even after 73 years of Independence and 70 years of India becoming a socialist secular democratic republic, laws relating to maintenance and alimony are not only complex and cumbersome but also against the constitutional mandate of being equal, rational and just,” it said.
“Hindus, Buddhists, Sikhs, Jains are governed by the Hindu Marriage Act 1955 and the Hindu Adoption & Maintenance Act 1956. Muslims are dealt as per status of valid marriage & prenuptial agreement and governed under the Muslim Women Act 1986. Christians are governed under the Indian Divorce Act 1869 and Parsis under the Parsi Marriage & Divorce Act 1936, but none of these laws are gender neutral,” it said.
The PIL stated that discriminatory maintenance and alimony reinforce patriarchal and stereotypical notions about women and thus any provision that perpetrates or reinforces discriminatory stereotypes against women is manifestly arbitrary.
The plea has sought directions to declare that the discriminatory grounds of maintenance and alimony are violative of Articles 14, 15, 21 of the Constitution.
It has also sought directions to the Law Commission to examine domestic and international laws and prepare a report on “uniform grounds of maintenance and alimony” within three months. (PTI)