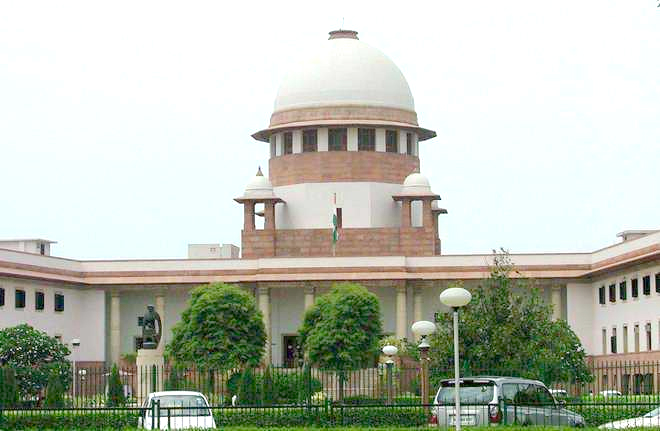 New Delhi, February 3: The Supreme Court Wednesday refused to entertain pleas seeking time-bound probe, including by an apex court-appointed commission, into the tractor rally violence in the national capital on the Republic Day saying the government is already inquiring the matter and the Prime Minister has stated that law will take its own course.

A bench headed by Chief Justice S A Bobde, which observed that the apex court does not want to interfere at this stage , said it is not condoning the violence and the petitioners can make representation before the government.
We are sure that government is inquiring into it and taking appropriate action. We have read statement made by the Prime Minister in the press that law will take its own course. That means they are inquiring into it, said the bench, also comprising Justices A S Bopanna and V Ramasubramanian.
We do not want to interfere in it at this stage. You can go and file representation before them (authorities), the bench said.
The tractor parade on January 26 that was to highlight the demands of farmer unions to repeal three new agri laws dissolved into anarchy on the streets of the national capital as thousands of protesters broke through barriers, fought with the police, overturned vehicles and hoisted a religious flag from the ramparts of the iconic Red Fort.
During the hearing conducted through video-conferencing, advocate Vishal Tiwari, who had filed one of the pleas, raised apprehension on whether all the sides will be heard during the inquiry by the authorities.
How can you assume that it will be one-sided? They are doing it and obviously they will investigate everything, the bench said.
When one of the petitioners referred to the January 26 violence, the bench observed, We are not condoning it.
The writ petitions are allowed to be withdrawn with liberty to make appropriate representation before the government, the bench said in its order.
The top court was dealing with three separate petitions, including the one filed by Tiwari who had sought setting up of a three-member inquiry commission under the chairmanship of a former apex court judge and comprising of two retired high court judges for collecting and recording evidence and submit a report on the violence to the top court in a time bound manner.
Besides these three petitions, the bench also dealt with a separate plea filed by advocate M L Sharma who had sought a direction to the concerned authority as well as the media not to declare farmers as “terrorist” without any evidence.
Heard. The writ petition is dismissed, the bench said while rejecting Sharma’s plea which had claimed that there was a planned conspiracy to sabotage the protest by farmers’ and they were allegedly declared as terrorist without any evidence.
In his petition, Tiwari had sought direction to the concerned authority to lodge FIRs against individuals or organisations responsible for the violence and causing dishonour of the National Flag on January 26.
He had said that farmers’ protest against the three new agri laws is going on for over two months but it took a violent turn during the tractor parade.
Unfortunately, the tractor march took a violent turn leaving injuries and destruction of public property. This incident also effected the daily life of the public. The internet services were interrupted as government ordered the operators to suspend the same. In the present time, the internet services are very essential to carry out the work in different professions especially in advocacy as the courts and our Supreme Court of India is functioning online, Tiwari had said in his plea. (PTI)
The plea had said there may be some conspiracy by some notorious forces or organizations to cause disturbance and damage the peaceful protest and create clash between police and protesting farmers.
On January 20, the Centre had withdrawn its application, filed through Delhi Police, seeking an injunction against the proposed tractor march on January 26 after the apex court had said that issue of tractor rally by farmers protesting against the new farms laws was in executive domain .
On January 12, the apex court had stayed the implementation of the contentious new farm laws till further orders and constituted a four-member committee to make recommendations to resolve the impasse over them between the Centre and farmers’ unions protesting at Delhi borders.
The members of the court-appointed committee were — Bhupinder Singh Mann, National President of Bhartiya Kisan Union, All India Kisan Coordination Committee; Parmod Kumar Joshi, Director for South Asia, International Food Policy Research Institute; Ashok Gulati, agricultural economist and former chairman of the Commission for Agricultural Costs and Prices, and Anil Ghanwat, President of Shetkari Sanghatana.

Later, Mann had recused himself from the committee.
The top court had on January 12 said it would hear the pleas against farm laws after eight weeks when the committee would give its suggestions to resolve the impasse after talking to protesters and the government.
Thousands of farmers, mainly from Punjab, Haryana and western Uttar Pradesh, are protesting at various border points of Delhi for over a month now against the three laws — the Farmers’ Produce Trade and Commerce (Promotion and Facilitation) Act, the Essential Commodities (Amendment) Act, and the Farmers (Empowerment and Protection) Agreement on Price Assurance and Farm Services Act. (PTI)