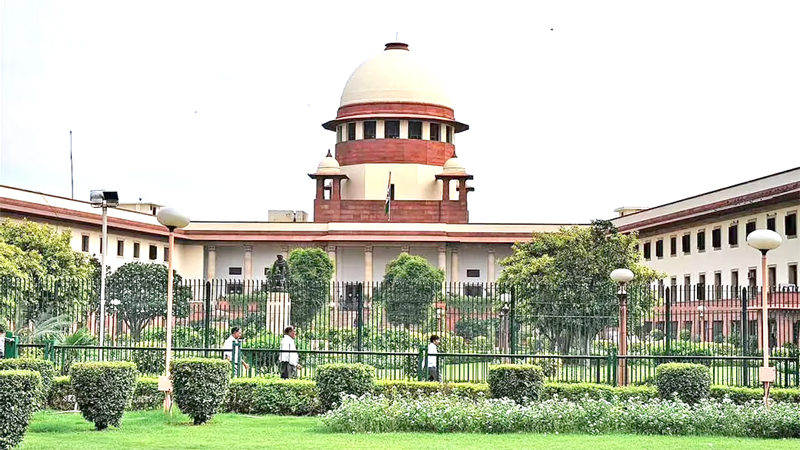 NEW DELHI, SEPTEMBER 17: The Central Government in a statement on laying down standards for electronic media ahead of a hearing on Thursday said that the Supreme Court must look into the regulating digital media before the electronic media.
“Digital media has faster reach, potential to become viral due to apps like WhatsApp and Facebook,” the Centre’s affidavit to the Supreme Court said.
“Digital media has serious impact and because of its potential, the Court must first take up digital media,” it said.
The Centre also said that there is sufficient framework and judgments on electronic media and print media.
“The issue of balancing freedom of speech and responsible journalism has already been governed by statutory provisions and judgments,” it said.
Electronic media is governed by earlier cases and precedents, it added. The Centre further urged the apex Court to appoint Amicus Curiae or a panel to assist the Court in deciding on the guidelines.
The Government’s affidavit is linked to a case against Sudarshan TV over a show that claims “Muslims are infiltrating” Government services.
The Supreme Court on Tuesday has put a stay on the telecast of Sudarshan TV’s show which was aimed to expose a conspiracy behind the recruitment of Muslims in the UPSC exams.
The Court termed the news channel show as ‘rabid programme’ which has no factual basis and cannot be allowed in a free society.
While hearing the matter, a Bench headed by Justice DY Chandrachud said, “Look at this programme, how rabid is this programme that one community is entering into civil services.”
“See how insinuating is the subject of this programme that Muslims have infiltrated the services and this puts the examinations of UPSC under scanner without any factual basis,” said the Bench.
During the hearing, the Court observed concern over the manner in which some media houses were conducting debate as all kind of defamatory things are being said.
“Such insidious charges also put a question mark on the UPSC exams. Aspersions have been cast on UPSC. Such allegations without any factual basis, how can this be allowed? Can such programs be allowed in a free society?” the Court asked.
The Judge while addressing the Sudarshan TV Lawyer Shyam Diwan, said, “Your client is doing a disservice to the nation and is not accepting India is a melting point of diverse culture. Your client needs to exercise his freedom with caution.” (Courtesy: TS)