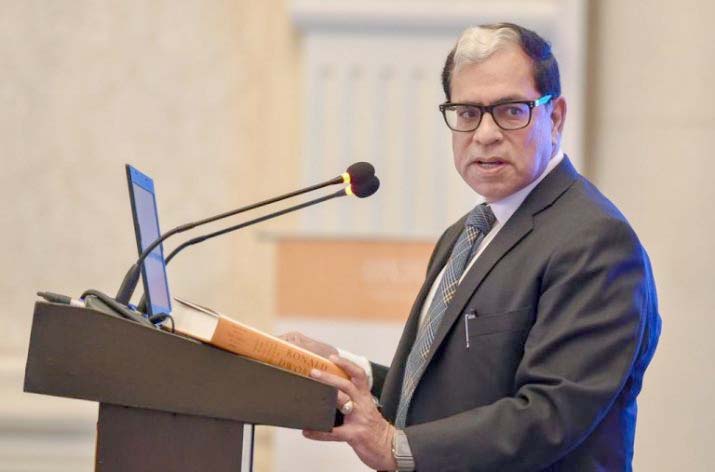 New Delhi, January 13: Justice AK Sikri withdrew his consent for a place on the Commonwealth Secretariat Arbitral Tribunal (CSAT) on Sunday, hours after a media report over his nomination to the London-based body sparked a political row.
Justice Sikri voted with the government in a three-member committee to remove Central Bureau of Investigation (CBI) chief Alok Verma last week.
Second in seniority after Chief Justice of India (CJI) Ranjan Gogoi, justice Sikri was scheduled to join CSAT after his retirement on March 6, news website ThePrint reported. The decision to nominate him as president/member in the international body, which is the final arbiter of disputes between 53 member-countries, was taken by the Union government last month, it said.
Reacting to the report, which came days after Verma was removed in a 2-1 vote by the selection committee, Congress treasurer Ahmed Patel tweeted: “The government has a lot of explaining to do.”
A person familiar with the developments said that justice Sikri has conveyed the withdrawal of his consent for the job to the government on Sunday evening. “Justice Sikri’s consent for the CSAT position by the government was taken in the first week of December, when even the judgment in the Alok Verma case was not pronounced. Moreover, Justice Sikri did not know until today about the nomination. And the CSAT position is honorary and is not based out of London entirely, as the name suggests,” the person said on condition of anonymity.
The selection committee, chaired by Prime Minister Narendra Modi, also had leader of the largest opposition party in the Lok Sabha, Mallikarjun Kharge, and Justice Sikri, who was nominated by CJI Gogoi after he recused himself following the apex court’s judgment reinstating Verma as the chief of the investigating agency. Congress leader Kharge wrote a dissenting note while voting against Verma’s removal, saying there were no grounds to penalise him.
Verma quit on Friday without spending even a day at work as director general of fire services, civil defence and home guards, using his resignation letter to complain that he had been denied “natural justice” by the high-level panel that removed him based on a report by the Central Vigilance Commission.
Hours after the report on justice Sikri’s nomination to CSAT, political leaders and law experts questioned the move by the government. “With Judges, post retirement, accepting positions as governors of states and other plum positions, their neutrality is now becoming seriously questionable. Did this influence the Hon’ble Justice Sikri decision making in the Alok Verma case?” Karnataka Congress chief Dinesh Gundu Rao tweeted.
Eminent lawyer Indira Jaising said: “Justice Sikri should have disclosed this before he sat on the committee as the nominee of the Chief Justice of India, the decision is vitiated for this reason also, and the post requires “high moral character”? Where is the constitutional morality?”
According to the website’s report, Union law minister Ravi Shankar Prasad wrote to CJI Gogoi last month, apprising him of the external affairs ministry’s decision to nominate justice Sikri to the post and seeking his consent. CJI Gogoi replied to the government in the affirmative after checking with justice Sikri, the report added.
To be sure, last May, justice Sikri had led a Supreme Court bench that ordered an immediate floor test in Karnataka after the assembly election resulted in a fractured mandate, cancelling the 15-day window given by the governor to the Bharatiya Janata Party (BJP). The BJP, the single-largest party, had staked claim to form the government in the state. The day-old BS Yeddyurappa government later resigned in the absence of a majority, paving the way for a Congress-Janata Dal (Secular) coalition to come to power.
Infighting in the country’s premier investigating agency came into public focus last year after Verma and CBI special director Rakesh Asthana engaged in an unprecedented feud in which they traded allegations of corruption against each other. The two were divested of their responsibilities later.
Verma was stripped of his powers as CBI director and sent on forced leave by the government later on October 23, reinstated conditionally by the Supreme Court on January 9 this year and two days later, ousted from the agency and reassigned to the new job by the three-member committee. He later resigned from the new post, weeks before his tenure was set to end on January 31. (Courtesy: HT)