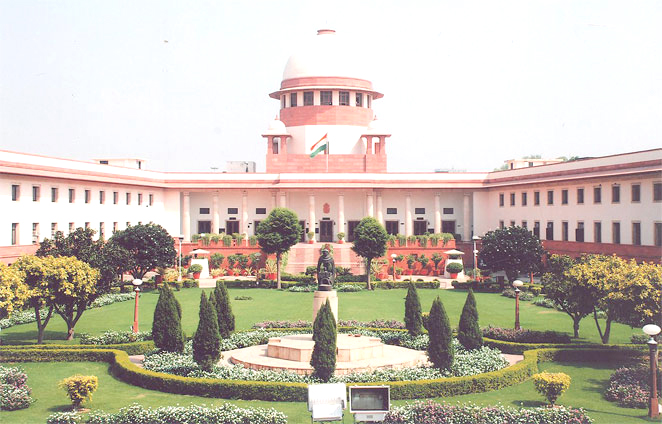 New Delhi, November 2: The Supreme Court Monday granted two weeks to the Centre, Assam government and others as a last chance to file their replies on a batch of pleas which have raised the issues concerning delimitation of assembly and parliamentary constituencies in the state.
A bench headed by Chief Justice S A Bobde said if the replies are not filed within two weeks, the apex court would proceed in the matter.
The counsel appearing for one of the petitioners told the bench that notice was issued earlier in the matter but no replies have been filed and the delimitation exercise is going on.
We will hear you after the reply. If reply is not filed in two weeks then we will proceed without the reply, said the bench, also comprising Justices A S Bopanna and V Ramasubramanian.
At the request of counsel appearing for the respondents/states, as a last chance, two weeks’ time is granted to the respondent-states to file reply affidavit. Put up thereafter, the bench said in its order.
Some of the petitions in the apex court have also raised the issue regarding the process of delimitation in Nagaland and Manipur.
One of the pleas, filed by two Assam residents, has claimed that delimitation exercise in the state is sought to be conducted on the basis of census 2001 despite the fact that census 2011 has already been conducted.
It said that delimitation of assembly and parliamentary constituencies in Assam be deferred until the completion of Census 2021 so that the most recent population figures are available for this exercise.
The top court had earlier agreed to hear the plea seeking quashing of this year’s February 28 order which “rescinded” an earlier notification of February 8, 2008 that had deferred the process of delimitation for Assam.
“The decision to conduct the pending process of delimitation of assembly and parliamentary constituencies (in Assam), is not only an arbitrary and hasty decision but stands contrary to the very idea behind conducting delimitation, having proposed to be conducted not on the basis of the population figures obtained from the most recent census but rather on the basis of stale figures of 2001 census,” one of the pleas has said.
It said the February 28 this year order is liable to be quashed as it is allegedly violative of Constitutional provisions related to equality before law and the right to life and freedom of speech and expression.
“The very purpose of conducting delimitation is to ascertain an equal number of division of the electorates in the various assembly and parliamentary constituencies and the same has been historically based on the population figures as obtained from the most recent census,” the plea said.
It said that one of the reasons for earlier deferring delimitation process in Assam was the preparation of National Register of Citizens (NRC).
“While the results of NRC had been published by the State Coordinator, NRC, Assam on August 31, 2019, the process with regard to more than 19 lakh persons, excluded therefrom, is underway,” it said, adding that it would be more practical to defer the present delimitation process until the finalisation of NRC as well as 2021 census. (PTI)