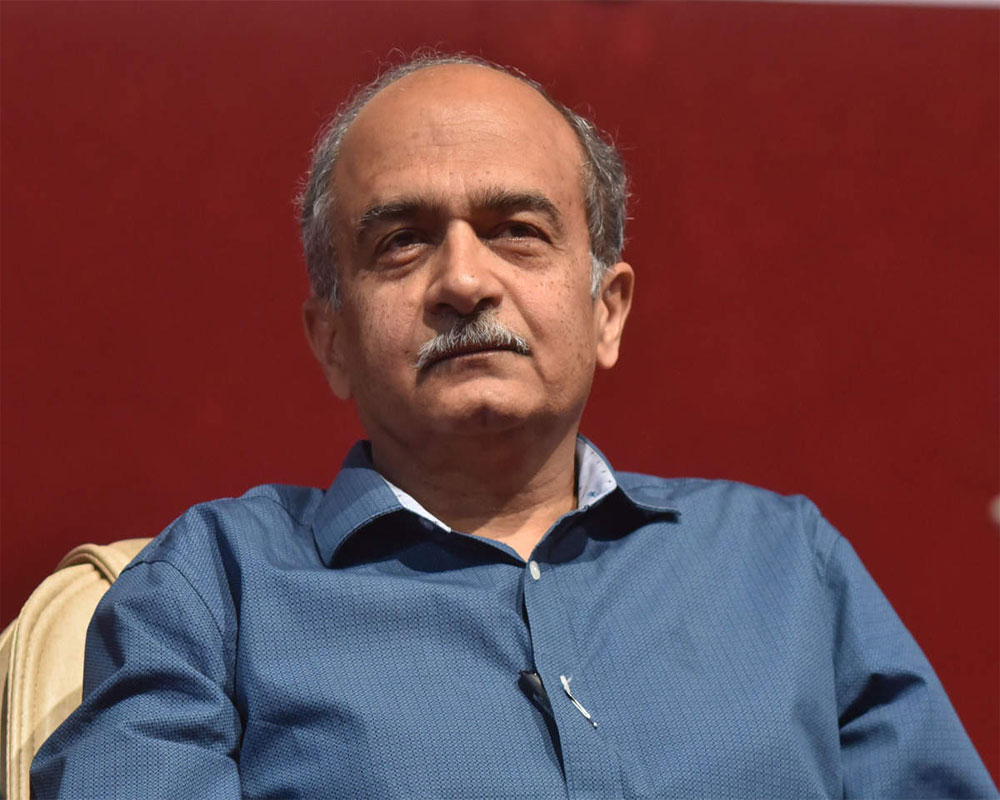 New Delhi, August 31: The Supreme Court on Monday imposed a token fine of one rupee against activist-lawyer Prashant Bhushan as punishment in the contempt case against him.
Bhushan, who has been convicted for two tweets against the judiciary, has to deposit the fine with the Supreme Court registry by September 15, said a bench headed by Justice Arun Mishra. Failure to comply would entail a three-month jail term and debarment from law practice for three years, it said.
The bench, also comprising Justices B R Gavai and Krishna Murari, said freedom of speech cannot be curtailed but rights of others need to be respected.
On August 14, the apex court had held Bhushan guilty of criminal contempt for his two derogatory tweets against the judiciary and said they cannot be said to be a fair criticism of the functioning of the judiciary made in public interest.
Bhushan in his statement had refused to offer an apology to the Supreme Court for the tweets, saying what he had expressed represented his bona fide belief which he continued to hold. (PTI)