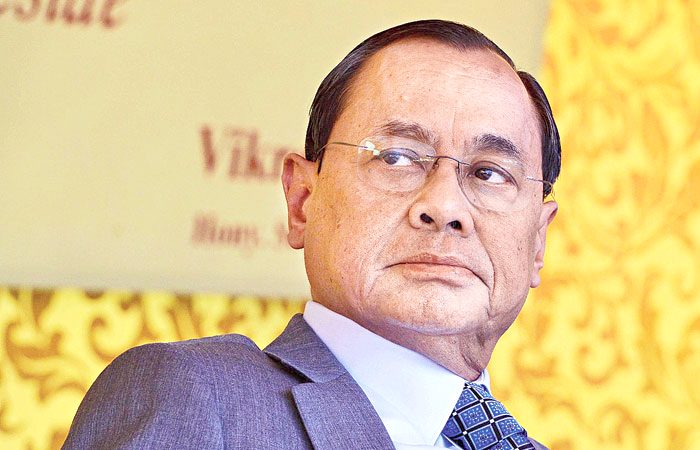 New Delhi, February 18: The Supreme Court on Thursday closed the proceedings initiated to probe a “larger conspiracy” to frame ex-CJI Ranjan Gogoi in an alleged sexual harassment case and “fixing” of benches in the top court.

A bench headed by Justice Sanjay Kishan Kaul said that nearly two years have passed and the possibility of retrieving electronic records is very less in the probe.
The top court, while closing the suo motu proceeding in the case, said the in-house proceedings has already completed the probe into the sexual harassment allegations against then CJI Gogoi and the three-member panel headed by Justice S A Bobde, now the CJI, has already given the report exonerating him.
The bench also comprising justices AS Bopanna and V Ramasubramanian said that the Justice (retd) AK Patnaik panel was not able to get electronic records like WhatsApp messages to probe into the conspiracy and hence no purpose would be served by continuing with the suo motu case.
The top court referred to the letter of the Director of Intelligence Bureau that some conspiracy might have ensued due to some tough decisions taken by former Chief Justice Gogoi like verdict on preparation of the National Register for Citizens (NRC) in Assam.
There are strong reasons to believe that some kind of conspiracy might have been undertaken against the then CJI Gogoi, the bench said, while quoting the report of Justice Patnaik.
It said, in view of the mandate of the order dated April 25, 2019 Justice Patnaik’s report opines that it cannot really inquire whether the decisions of the then CJI on the judicial side had triggered the conspiracy against Gogoi.
On April 25, 2019, the top court had appointed Justice Patnaik to hold an inquiry into the sensational allegations of a lawyer about “larger conspiracy” to frame Chief Justice of India Ranjan Gogoi and fixing of benches in the top court. (PTI)