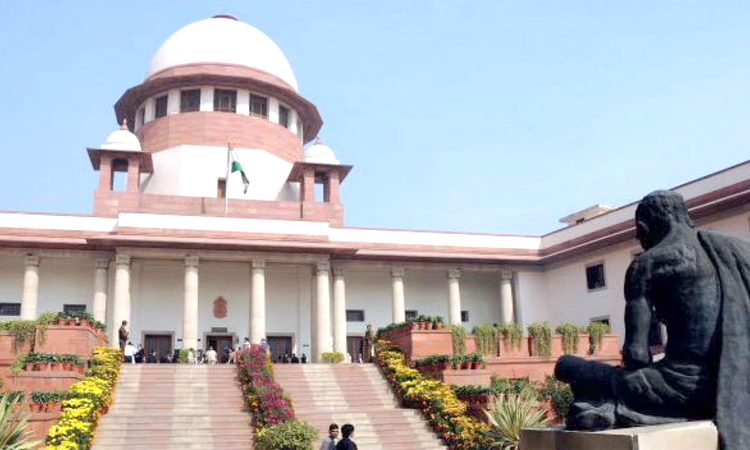 NEW DELHI, JANUARY 6: The Supreme Court on Wednesday agreed to look into the controversial new laws of the Uttar Pradesh and Uttarakhand Governments against ‘unlawful’ religious conversions on the pretext of interfaith marriages, and issued notices to both the states.
A Bench, headed by Chief Justice SA Bobde however refused to stay the provisions of the laws.
The apex Court addressed two pleas, filed by Advocate Vishal Thakre and others and an NGO ‘Citizen for Justice and Peace’, which have challenged the constitutional validity of the Uttar Pradesh Prohibition of Unlawful Religious Conversion Ordinance, 2020 and the Uttarakhand Freedom of Religion Act, 2018.
Initially, the Bench was reluctant to hear the pleas and asked the petitioners to approach the Allahabad High Court after Solicitor General Tushar Mehta said that it was already seized.

The Bench said that this is not the transfer petition where it can transfer to itself all the cases on the law after one of the petitioners said that the issue should be examined by the top Court.
Senior Advocate CU Singh, appearing for the NGO, referred to the judgment of Justice (Retd) Deepak Gupta and says that similar laws are being made in various states.
Singh said some of the provisions under the laws should be stayed as people are being held in the middle of wedding ceremonies.
Singh added that the provisions are “oppressive and horrible” in nature and requires prior consent of the Government to marry which is absolutely obnoxious.
The Bench said that it is issuing notice and sought response from both the State Governments within 4 weeks.
When Singh insisted for stay of provisions, the CJI said that a stay cannot be sought without hearing the states.
“How can it be done,” the Bench asked. (Agencies)