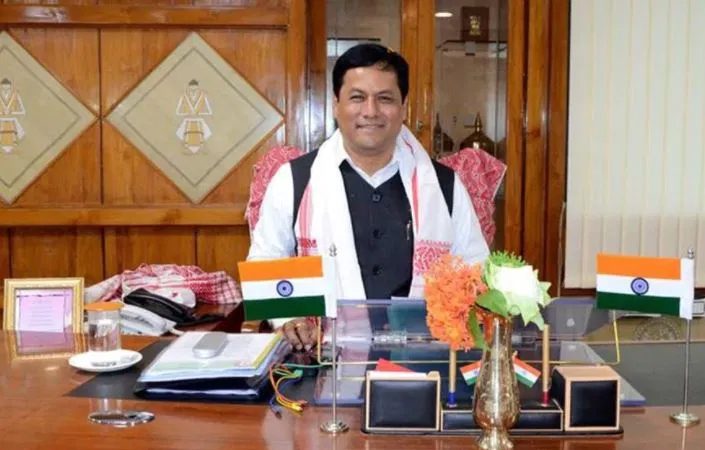 Guwahati, October 31: Assam Chief Minister Sarbananda Sonowal turned 59 on Saturday and was greeted by Union Home Minister Amit Shah, Defence minister Rajnath Singh, Governor Jagadish Mukhi, his cabinet colleagues and other political leaders.
Shah extended his best wishes to Sonowal on his birthday by saying that his zeal and commitment towards the welfare of the people of Assam and the development of the state is praiseworthy.
“I pray to God for his good health and long life”, Shah tweeted.
Sonowal thanked Shah for the warm wishes and “your encouraging words will keep on motivating me to do something meaningful for the state and my country”.
Singh also greeted Sonowal on his birthday by saying “he has made a mark as an young leader who is whole-heartedly dedicated to the development of the state and welfare of its people. May he be blessed with a long life and good health”.
Sonowal thanked Singh for his guidance which “has always been a shining light to me”.
The governor extended his greetings and best wishes to the chief minister on the occasion of his birthday and hoped that he will continue to serve the state selflessly.
“I pray to God that his blessings are always on you so that you can continue to selflessly serve the nation and the state”, the governor said in a message.
The CM thanked the governor for his wishes and for his unstinted support for the development of the state.
“We hope to continue to work together with the same cooperation for the all-round development of the state”, Sonowal added.
Former Chief Minister Tarun Gogoi also extended his best wishes to Sonowal and hoped “God grant him good health and long life to serve the people of Assam”.
Sonowal thanked Gogoi for his kind words and urged him to take care of his health.
The chief minister was also wished on his birthday by BJP President J P Nadda, Union Ministers Piyush Goyal and Kiren Rijiju and his cabinet ministers including Health Minister Himanta Biswa Sarma, Industry Minister Chandra Mohan Patowary, Agriculture Minister Atul Bora, Environment and Forest Minister Parimal Suklabaidya among others.
Sonowal was born in Mulukgaon in Dibrugarh district on October 31, 1961. (PTI)