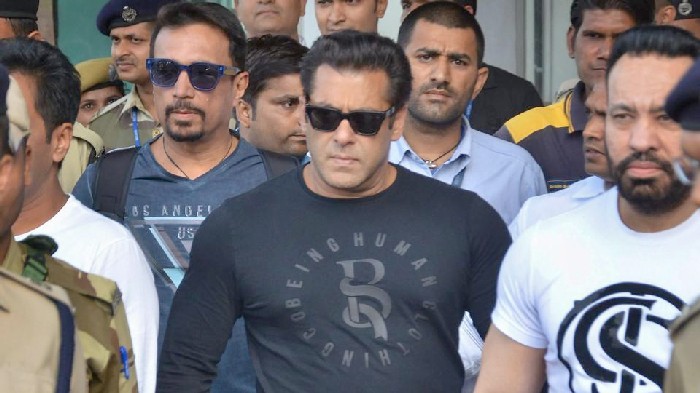 Jodhpur, April 5: A Jodhpur court on Thursday sentenced Bollywood star Salman Khan to five years in jail for killing two blackbucks in October 1998 but acquitted his colleagues Saif Ali Khan, Tabu, Neelam and Sonali Bendre giving benefit of doubt, a prosecution lawyer said
Preparations for sending Salman to the Jodhpur Central jail are in place, Mahipal Bishnoi, the prosecution counsel, told reporters
Salman was sentenced to jail for a five-year term and a fine of Rs 10,000 was imposed on the actor, he said
A fifth person, Dushyant Singh, a local from the area, has also been acquitted, he said
Salman was found guilty of killing the blackbucks, from the antelope family, in Kankani village near Jodhpur on the night of October 1, 1998 during theshooting of the film “Hum Saath Saath Hain”
Salman, who has been held guilty under Section 9/51 of the Wildlife (Protection) Act, faces a maximum punishment of six years behind bars
Final arguments of the case were completed in the trial court on March 28, after which Chief Judicial Magistrate Dev Kumar Khatri had reserved his judgment
All the actors were in a Gypsy that night with Salman, 52, in the driving seat. He spotted a herd of blackbucks and killed two of them, the lawyer said
Dressed in a black shirt, Salman reached the court earlier in the morning with his bodyguard
The other actors, some of them accompanied by their family members, were also in the courtroom when the verdict was read out. (PTI)