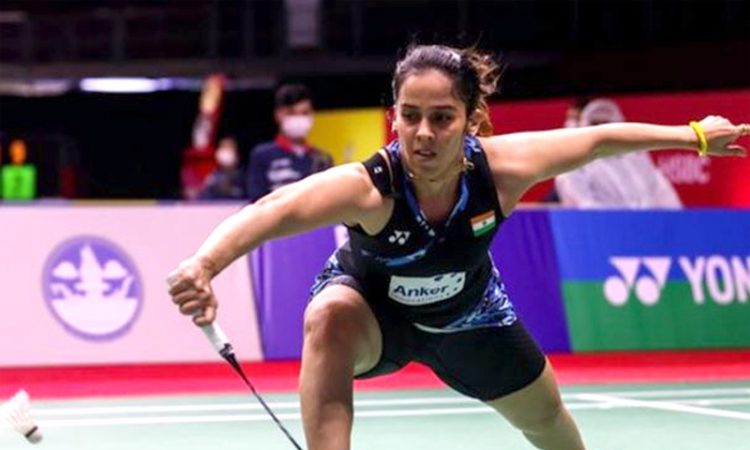 Bangkok, January 14: Indian challenge came to an end at the Thailand Open BWF Super-1000 tournament in Bangkok on Thursday.

Saina Nehwal, Kidambi Srikanth and the doubles teams bowed out of the event.
While Saina lost to Busanan Ongbamrungphan of Thailand in three games 23-21, 14-21, 16-21, Srikanth pulled out of the event with a calf muscle strain.
“Very sad to let you all know that I have been advised to pull out of the Thailand Open due to calf muscle strain. I am hoping to be fit by next week for the next round of Thailand leg,” tweeted Srikanth.
Srikanth will have to get fit in five days to compete in the second leg.
Meanwhile, Saina played well in the first game before losing way in the next two. She saved a couple of game points to win the first game. But in the second game, the Indian was outplayed by the local shuttler. Though she fought hard in the third, Busanan gave no chance for the Indian as she moved fast on the court and retrieved everything, thereby frustrating the Indian. This is the fourth straight victory in seven meetings for the 24-year-old Thai.
“She controlled the shuttle quite well. But I am faster than her and played with 100% commitment to win every point,” Busanan told the BWF website.
Mixed doubles pair of Satwiksairaj Rankireddy and Ashwini Ponnappa lost to Tak Ching Chang and Wing Yung Ng of Hong Kong 12-21, 17-21.
Earlier, Satwik and Chirag went down to second seeds Mohammad Ahsan and Hendra Setiawan in straight games 19-21, 17-21. Chirag said that they could have won the match. “I feel it was a match we could have won. We messed it up in the end. We were up 19-18 in the first game, and the last time we played in Malaysia also we were 20-19 up, and it’s a matter of a few points in the crucial moments, and they being experienced took it away from us,” Chirag told the BWF website.
Satwik felt that they could have played better. “They were waiting for our mistakes. It’s been many months (since competition), I feel we could’ve played better at 19-all or 19-18, it will take time. We need to calm down at that stage,” Satwik said.
Indian team will now compete in the second tournament at the same venue from next Tuesday. (TNN)