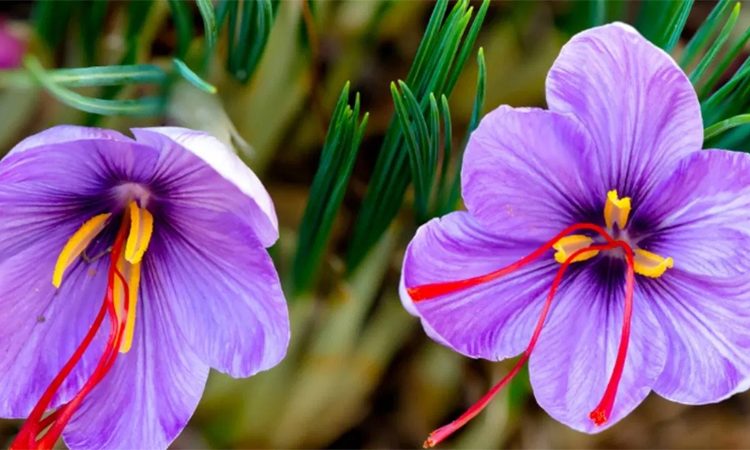 New Delhi, November 9: The saffron bowl, which has so far been confined to Kashmir, may now expand to the northeast as well.
The Northeast Centre for Technology Application and Reach (NECTAR), a body under the Department of Science and Technology, supported a pilot project to explore the feasibility of growing saffron in the northeast region of the country with same quality and in higher quantity.

The Botany and Horticulture department of Sikkim Central University carried out tests to understand the soil condition of Yangyang of Sikkim and found it comparable to the saffron-growing places of Kashmir.
“Saffron seed/corms were purchased and air transported from Kashmir to Yangyang site by the department. One saffron grower was engaged and stationed to look after the complete growing process, along with the faculty of the university,” the DST said in a statement.
The corms were irrigated during September and October, which ensured timely sprouting and good flower yields.
“The matching of climatic and geographical conditions between Pampore (Kashmir) and Yangyang (Sikkim) led to the successful sample farming of saffron in Yangyang,” the DST said.
The project also focused on post-harvest management and value addition of saffron so that quality saffron drying and efficient post-harvest processing can improve saffron recovery, thereby improving its production, it added.
Further, detailed analysis and testing of all parameters, including soil testing, quality, quantity and possible value addition are planned for immediate results and extrapolation of the project to other parts of the northeast region along with micro food enterprises, the department said.
Saffron production has long been restricted to a limited geographical area in the Union territory of Jammu & Kashmir.
Pampore region, in India, commonly known as the saffron bowl of Kashmir, is the main contributor to saffron production, followed by Budgam, Srinagar, and Kishtiwar districts.
As saffron growing was confined to very specific areas in Kashmir, its production remained limited. Though the National Mission on Saffron focused on several measures to improve its farming, the measures were still limited to the specified areas of Kashmir, the DST added. (PTI)