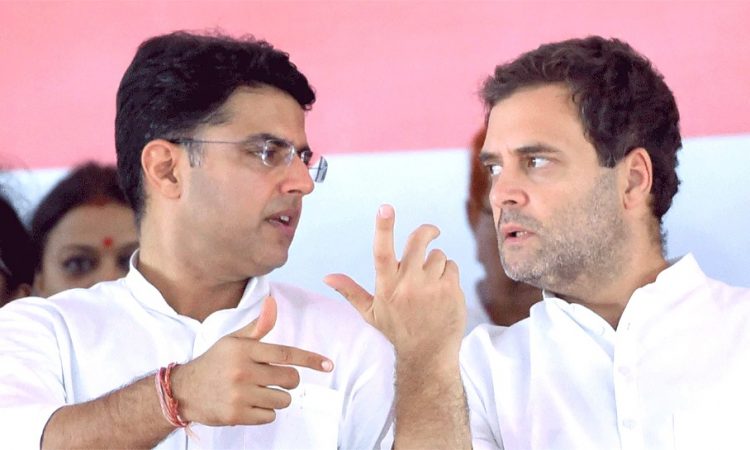 Jaipur, July 20: Dissident Congress leader Sachin Pilot on Monday (July 20) hit back at the bribery allegations levelled against him saying he is saddened but not surprised by the ‘bribe’ charges. He said that the fresh allegations against him are an attempt at defaming him and attack his credibility.
“I am saddened but not surprised to be at receiving end of such baseless, vexatious allegations being levelled against me. This is done solely to malign me and to stifle legitimate concerns I raised against Rajasthan party leadership, as member and MLA of Congress. This attempt further aims at defaming me and attack my credibility. Narrative is being redirected to avoid addressing the main issue,” Pilot said.
He said he will take a possible legal action against the MLA who levelled the charges against him.
“I’ll be taking appropriate, strictest possible legal action against the MLA who was made to make the accusations. I’m sure more such concocted allegations will be thrown at me to cause aspersions on my image but I’ll be unfettered and remain firm in my beliefs and convictions,” he said.
Earlier in the day, Congress MLA from Rajasthan Giriraj Singh Malinga alleged that rebel party leader Sachin Pilot offered him money to join the BJP. He said talks were held at Pilot’s residence and subsequently, he had alerted CM Ashok Gehlot about the conspiracy to topple the Congress government in Rajasthan.
“I had a talk with Sachinji. He offered me money to join the BJP, but I refused, saying I will not join the saffron party,” Malinga told reporters here. He did not disclose the amount that he was allegedly offered to join the saffron party. Asked if it was between Rs 30 crore and Rs 35 crore, Malinga said he was offered the “going rate”.
Malinga said he would not join the BJP even after resigning as an MLA.
The former Bahujan Samaj Party (BSP) MLA from Badi, along with five other legislators of the Mayawati-led party, was inducted into the Congress in September 2019. The lawmakers had handed over affidavits to state Assembly Speaker CP Joshi to merge the legislative party with the Congress.
Replying to a question on why did he not raise the issue when he was offered money, Malinga said he had alerted Gehlot ahead of the Rajya Sabha polls that a conspiracy was going on to topple his government. He said efforts to topple the government were going on from December last year. (Agencies)