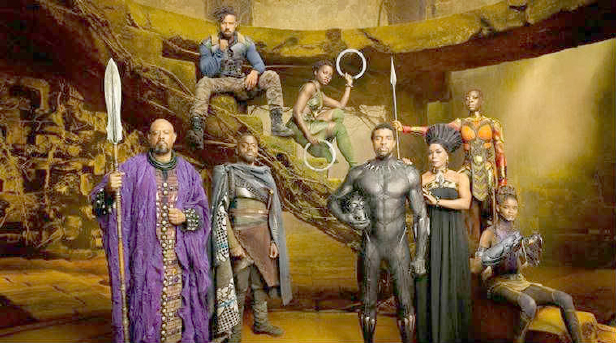 Director-writer Ryan Coogler is on board to create a drama series set in the fictitious African kingdom of Wakanda from his “Black Panther” films for the streaming platform Disney Plus. According to Deadline, it is part of filmmaker’s newly signed five-year overall exclusive television deal with The Walt Disney Company for his banner, Proximity Media.
Coogler founded the multi-media company Proximity with Zinzi Coogler, Sev Ohanian, Ludwig Goransson, Archie Davis and Peter Nicks with a mission to create event-driven feature films, television, soundtracks and podcasts that look to bring audiences closer together through stories involving often-overlooked subject matters. The deal with Disney, which is the parent company of Marvel Studios, the home to “Black Panther”, also enables Proximity to develop television projects for other divisions of the Company. Bob Iger, Executive Chairman, The Walt Disney Company, said they are thrilled to strengthen their relationship with Coogler and look forward to telling more great stories with the filmmaker and his team.
“Ryan Coogler is a singular storyteller whose vision and range have made him one of the standout filmmakers of his generation. With ‘Black Panther’, Ryan brought a groundbreaking story and iconic characters to life in a real, meaningful and memorable way, creating a watershed cultural moment,” Iger said. Coogler, also known for films “Fruitvale Station” and “Creed”, said it is an “honor” to be partnering with Disney after “Black Panther”.
“As avid consumers of television, we couldn’t be happier to be launching our television business with Bob Iger, Dana Walden and all the amazing studios under the Disney umbrella. We look forward to learning, growing, and building a relationship with audiences all over the world through the Disney platforms,” he said. Released in 2018, “Black Panther” was a major hit for Marvel, grossing over USD 1.3 billion in worldwide gross and becoming the first superhero film to be nominated for the best picture at Oscars. The film took home three trophies for original score, costume design and production design at the Academy Awards.
Coogler is currently working on the “Black Panther” sequel he will direct this year. Film’s lead star Chadwick Boseman — the titular superhero whose real name is King T’Challa of Wakanda, a nation with the most advanced technology in the world — died last August following a four-year private battle with cancer. The new film will neither recast another actor in the role of Black Panther nor use CGI to recreate the late actor. (PTI)