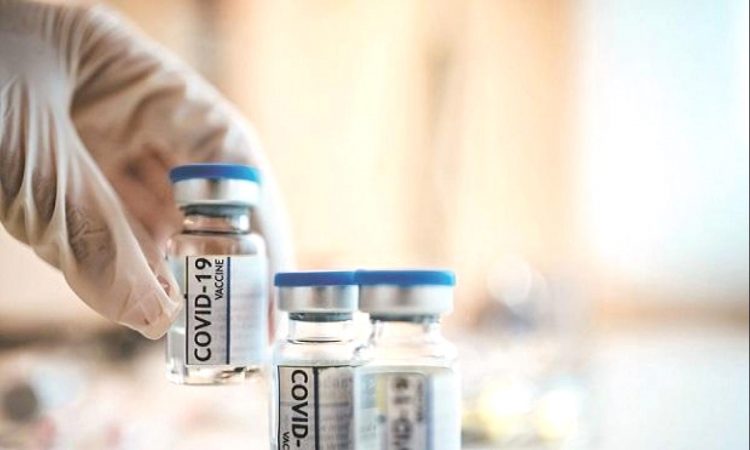 Moscow, February 2: Russia’s Sputnik V vaccine against COVID-19 has shown 91.6% efficacy in the phase 3 trial without any serious side effects, according to an interim analysis of data published in The Lancet journal on Tuesday.

The findings are based on analysis of data from nearly 20,000 participants, three-quarters of whom received the two-dose regimen of the adenovirus-based vaccine, Gam-COVID-Vac, and one quarter received a placebo.
Serious adverse events or those requiring hospital admission were rare in both the placebo and vaccine groups and none were considered associated with vaccination, the researchers said.
Four deaths were reported in the trial, none of which were considered related to the vaccine, they said, adding most reported adverse events were mild, including flu-like symptoms, pain at injection site and weakness or low energy.
“Our interim analysis of the randomised, controlled, phase 3 trial of Gam-COVID-Vac in Russia has shown high efficacy, immunogenicity, and a good tolerability profile in participants aged 18 years or older,” said study co-lead author Inna V Dolzhikova, from Gamaleya National Research Centre for Epidemiology and Microbiology, Russia.
The Gam-COVID-Vac, called Sputnik V, is a two-part vaccine that includes two adenovirus vectors recombinant human adenovirus type 26 (rAd26-S) and recombinant human adenovirus type 5 (rAd5-S).
These vectors have been modified to express the SARS-CoV-2 spike protein, which the virus uses to enter human cells.
The adenoviruses are also weakened so that they cannot replicate in human cells and cannot cause disease.
In the trial, participants were given one dose of rAd26-S, followed by a booster dose of rAd5-S 21 days later.
The researchers explained that using a different adenovirus vector for the booster vaccination may help create a more powerful immune response, compared with using the same vector twice, as it minimises the risk of the immune system developing resistance to the initial vector.
“Stopping the COVID-19 pandemic requires the introduction of different vaccines based on different mechanisms of action to cover diverse global health demands. Our vaccine, along with other SARS-CoV-2 vaccines, helps to diversify the world SARS-CoV-2 vaccine pipeline,” said study co-lead author, Denis Logunov, from Gamaleya National Research Centre for Epidemiology and Microbiology, Russia.
Worldwide, 64 candidate COVID-19 vaccines are currently in clinical assessment, including 13 vaccine candidates at phase 3 and 173 vaccines are in preclinical analyses.
Phase 3 candidate vaccines include a variety of vaccine platforms, such as vector vaccines, mRNA vaccines, inactivated vaccines, and adjuvanted recombinant protein nanoparticles.
Between September 7 and Nov 24, 2020, a total of 21,977 adults were randomly assigned to receive the vaccine (16,501) or placebo (5,476).
The trial was conducted across 25 hospitals and polyclinics in Moscow, Russia. 14,964 participants in the vaccine group and 4,902 in the placebo group received two doses of the vaccine or placebo and were included in the primary interim efficacy analysis.
“From 21 days after receiving the first dose (the day of dose 2), 16 cases of symptomatic COVID-19 were confirmed in the vaccine group and 62 cases in the placebo group equivalent to an efficacy of 91.6 per cent,” the researchers said.
The vaccine induced a robust humoral response, also called antibody response, and cellular immune response (T-cell response) with data from 342 and 44 participants, respectively, they said.
Six of the 342 participants did not mount an immune response following vaccination, possibly due to older age or individual characteristics, the researchers said.
They note that because COVID-19 cases were detected only when participants self-reported symptoms, followed by a PCR test, the efficacy analysis only includes symptomatic cases of COVID-19.
Further research is needed to understand the efficacy of the vaccine on asymptomatic COVID-19, and transmission, according to the researchers.
They noted that since median follow up was 48 days from the first dose, so the study cannot assess the full duration of protection.
The trial follows an earlier phase 1/2 trial that reported safety and immunogenicity of two different formulations, one frozen, one freeze-dried, of the two-part vaccine.
In the latest study, the liquid form of the vaccine was used, which requires storage at minus 18 degrees Celsius. Storage at 2-8 degrees Celsius has also been approved.
“The development of the Sputnik V vaccine has been criticised for unseemly haste, corner cutting, and an absence of transparency,” said Professor Ian Jones, from University of Reading in the UK, and Professor Polly Roy, from London School of Hygiene & Tropical Medicine, UK.
“But the outcome reported here is clear and the scientific principle of vaccination is demonstrated, which means another vaccine can now join the fight to reduce the incidence of COVID-19,” said the researchers who were not involved in the study. (PTI)