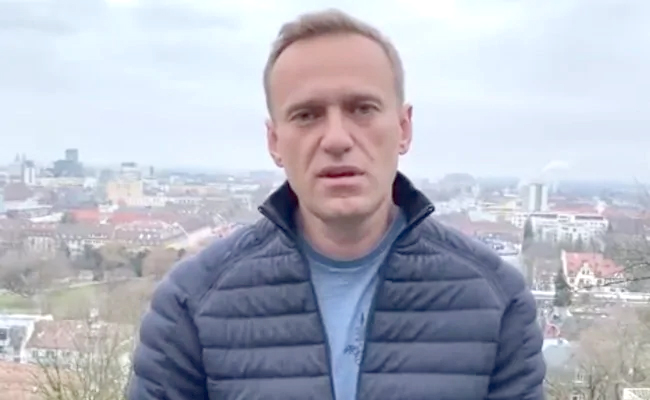 Moscow, March 22: A Russian military court on Monday rejected a complaint from jailed Kremlin critic Alexei Navalny over the lack of a criminal investigation into his poisoning.

The 235th military court in Moscow dismissed the complaint from Navalny, who accuses Russia’s Federal Security Service (FSB) of carrying out the poisoning, a spokesperson told AFP.
The opposition figure, who is serving a two-and-a-half year sentence in a penal colony east of Moscow, was not present in court and refused to take part via video link.
Navalny has accused Russian investigators of not launching criminal proceedings to find those responsible for his attack in the Siberian city of Tomsk in August last year.
Navalny fell violently ill on a flight over Siberia in August and within days was airlifted to Germany for treatment, where he spent months in recovery.
Western experts later concluded that the 44-year-old had come in to contact with Novichok, a Soviet-designed nerve toxin.
Siberian police conducted preliminary checks after Navalny was hospitalised in August but refused to launch a criminal case citing the “lack of the event of a crime”.
After returning to Moscow in mid-January, Navalny was immediately detained by authorities on charges of violating parole while abroad and in February was sentenced to jail time.
Navalny says the poisoning was carried out on the orders of President Vladimir Putin.
The Kremlin has denied any involvement and instead accused German authorities of refusing to cooperate on the investigation, despite Berlin transferring documents of Navalny’s questioning by German investigators.

Russia has brushed aside calls from Western governments to probe the attack, with some officials suggesting that Navalny may have been poisoned in Germany or even poisoned himself. (AFP)