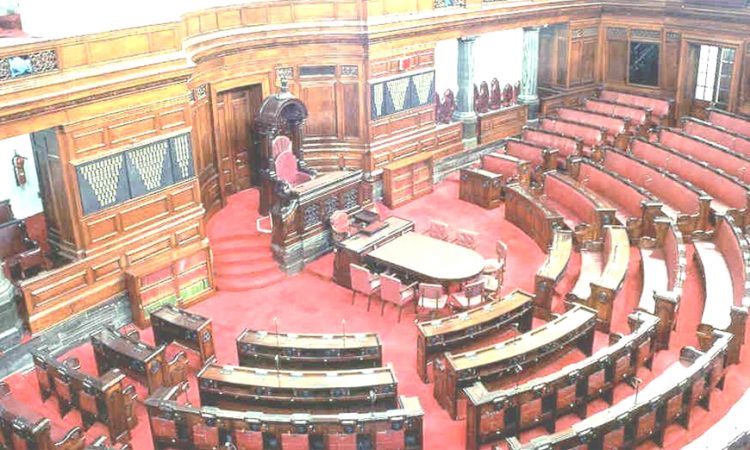 NEW DELHI, DECEMBER 30: Rajya Sabha’s Winter Session was dispensed with this year after 36 years, and the 4th time in 69 years, after 1984, 1979 and 1975, since inception of the House.
An overview of the Upper House during 2020 revealed that the House passed a total of 39 Bills during the year, including 12 during the Budget Session and 27 during the Monsoon Session.
The major Bills passed include the 3 Bills related to farm sector reforms, 2 Insolvency and Bankruptcy Code Amendment Bills, Direct Taxes Vivad Se Vishwas Bill, Bills amending salaries and allowances of Ministers and Members of Parliament, and 2 Bills setting up the National Commissions for Indian Systems of Medicine and Homoeopathy.

The House spent a high of 57% of its functional time on legislative work during the Monsoon Session this year as against the general average of 28%.
For the first time in the 69 year history of Rajya Sabha, the House functioned from multiple locations (6) with members seated in the Chambers of the Rajya Sabha and Lok Sabha and the 4 galleries of Rajya Sabha.
This was due to COVID restrictions mandating social distance. During 2020, the Rajya Sabha held 33 sittings with both the Budget Session (the 251st Session) and the Monsoon Session (252nd Session) being impacted by the pandemic with each session losing 8 sittings.
The Budget Session had 23 sittings as against the Scheduled 31 and the Monsoon Session was held for 10 sittings as against the scheduled 18. Referring to the consistently higher levels of productivity during the last few sessions, Chairman M Venkaiah Naidu observed in the House that this trend indicates the “ship of Rajya Sabha sailing through stormy waters being steadied.”
For the first time, a notice for removal of Deputy Chairman of Rajya Sabha was given and the same was rejected by the Chairman giving reasons. (Courtesy: TS)