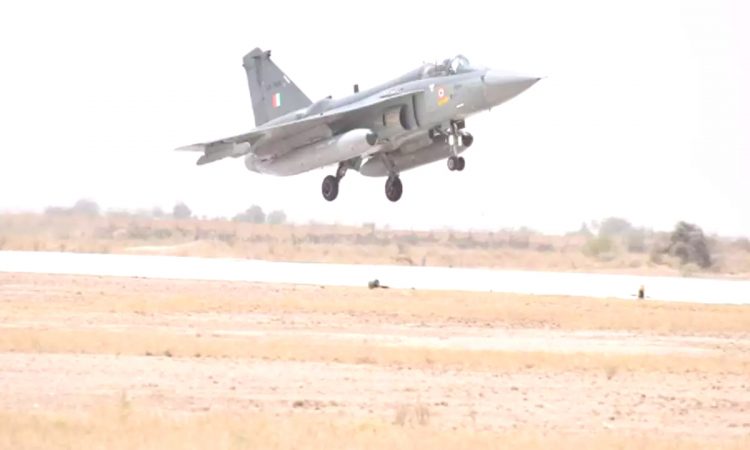 NEW DELHI, January 13: The Cabinet Committee on Security on Wednesday cleared the IAF’s acquisition of 83 Mark-1A Tejas fighters from defence PSU Hindustan Aeronautics for around Rs 48,000 crore, in the biggest-ever deal in the indigenous military aviation sector.

These 83 fighters, the deliveries of which will begin three years after the actual contract is inked in early-February, will have 43 “improvements” over the 40 Tejas Mark-1 already ordered by the IAF.
“This deal will be a game changer for self reliance in the Indian defence manufacturing,” said defence minister Rajnath Singh.
“The Light Combat Aircraft-Tejas is going to be the backbone of the IAF fighter fleet in years to come. LCA-Tejas incorporates a large number of new technologies many of which were never attempted in India. The indigenous content of LCA-Tejas is 50% in Mk1A variant which will be enhanced to 60%,” he added.
“The HAL has already set-up second line manufacturing facilities at its Nasik and Bengaluru Divisions. Equipped with the augmented infrastructure the HAL will steer LCA-Mk1A production for timely deliveries to the IAF,” he said.
TOI had last week reported that the long-pending 83 Tejas deal was now set to by cleared by the CCS.
The IAF’s two Tejas squadrons, the “Flying Daggers” and “Flying Bullets” at Sulur, have till now inducted only around 20of the original 40 Tejas Mark-1 fighters, which were all slated for delivery by December 2016 under two contracts worth Rs 8,802 crore inked earlier.
The 83 Tejas Mark-1A fighters will have 43 “improvements” to improve maintainability, AESA (active electronically scanned array) radar to replace existing mechanically-steered radar, air-to-air refuelling, long-range BVR (beyond visual range) missiles and advanced electronic warfare to jam enemy radars and missiles.
After these 123 fighters, IAF is also looking to induct 170 Tejas Mark-2 or the MWF (medium weight fighter) jets with more powerful engines and advanced avionics. But IAF is banking upon the first 123 Tejas to add to its fighter squadrons, which is down to just 30 (each has 18 jets) when at least 42 are required for the requisite deterrence against Pakistan and China. (TNN)