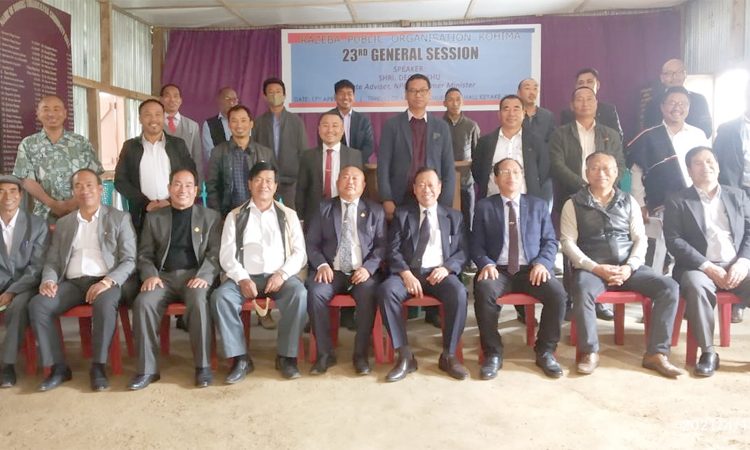 Speaking on the occasion, State Adviser NPP and former minister Deo Nukhu said that the name ‘Razeba’ was derived from ‘RA’ for ‘Raziemia’, ZE ‘for’ Zelome ‘and’ BA ‘for “Chobama (now Tsüpfüme)’ sometime in 1958.
Subsequently, Private ME School was started in February 1959 at ‘ Dupazu ‘(the present site of Razeba town) and it was taken over by the State Government in 1964 (in the year Lhusetsü Venuh became the first MLA of 17-Chizami A/C), he said.
He said that due to frequent border disputes with Manipur in the mid 1970s when TCK Lotha (IAS) was DC, followed by AM Gokhale (IAS), a Border Magistrate (BM) was posted at Razeba town in the early 1980s, and subsequently, NAP Platoon Post was also set up.
Afterwards, the need for setting up of a public organization was also thought of. In the year 1991, the Razeba Welfare Union was set up with Pazü Paul Dukru as first chairman. In 1993, the name was changed to ‘Razeba Public Organization’ (RPO). Later on, RPO units were also set up in the towns such as Pfütsero, Phek, Kohima, and Dimapur.
Looking back on the condition of Razeba center way back in 1959, we have seen tremendous changes in many areas of life in the last 62 years, he said.
Nukhu also stressed on the need to encourage youths (boys and girls) to really work hard with dedication in order to uplift our society in the near future. “The youth also need to develop a habit of reading – whether it’s newspapers or magazines, or books on philosophy or religion, polity, or even fiction – so they can broaden their mind’s horizons,” he said.
He said that educational degrees alone cannot make our society progress unless we progress in economic development.
Nukhu encouraged the youth who have not had the opportunity to further their education to go for various vocational trainings such as electricians, plumbers, carpentry and masonry, etc.
Apart from technical and professional studies, our educated youth should be encouraged to take up any business enterprise or join any company, or even join some good NGOS to become leaders in managerial capacity, he said.
RPOK president Darhü Shupao in his presidential address stated that RPOK is not only to safeguard & promote the interest of its members. It is a platform where one can be a part of system & work towards the betterment of one community. 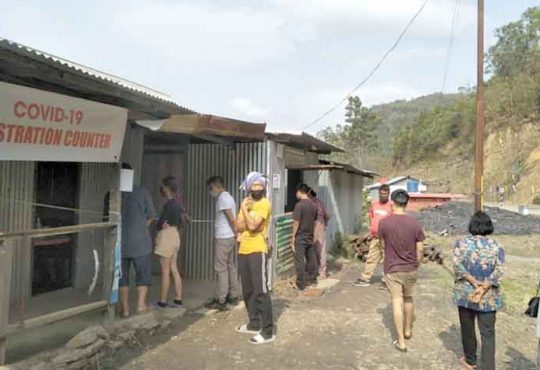