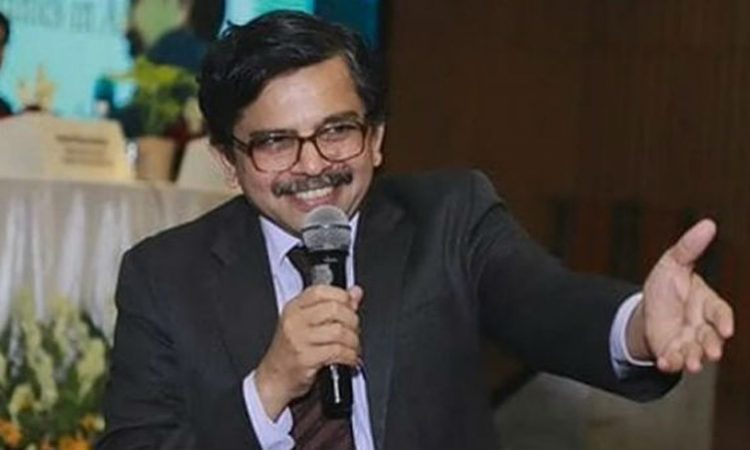 New Delhi, February 27: A row erupted on Thursday over the timing of the transfer of Delhi High Court judge Justice S Muralidhar, who had slammed the police for not registering a case against three BJP leaders for their alleged hate speeches, as the Congress said the “midnight” notification was “shameful” and the Centre accused the opposition party of politicising a “routine” shift.
The Union Law Ministry on Wednesday night issued three separate notifications for the transfer of Justice Muralidhar and two other judges–Justice Ranjit Vasantrao More of the Bombay High Court and Justice Ravi Vijay Kumar Malimath of the Karnataka High Court. Justice Muralidhar was transferred to the Punjab and Haryana High Court.
The notifications said President Ram Nath Kovind approved the transfers after consulting the Chief Justice of India.
They came on a day when a bench headed by Justice Muralidhar, the third senior-most judge in the Delhi High Court, expressed “anguish” over Delhi Police’s failure to register FIRs against alleged hate speeches by BJP leaders Parvesh Verma, Kapil Mishra and Anurag Thakur in connection with the protests against the new Citizenship law.
Union Law Minister Ravi Shankar Prasad said Justice Muralidhar was transferred on the recommendation of the Supreme Court Collegium and accused the opposition party of politicising a routine transfer.
He added that a “well-settled process” was followed in the transfer.
At the BJP party briefing, senior leader and union minister Prakash Javadekar said the transfer was in line with the recommendation of the Collegium. The recommendation was made on February 12.
The Congress alleged that the transfer of Justice Muralidhar was aimed at saving some BJP leaders in the Delhi violence case and exposed the government’s “intimidation and vendetta politics” against the judiciary.
Congress leader Priyanka Gandhi Vadra accused the government of making attempts to “muzzle” justice and “break people’s faith in an upright judiciary”.
“The midnight transfer of Justice Muralidhar isn’t shocking given the current dispensation, but it is certainly sad and shameful,” she tweeted.
Taking a dig at the government over what he called Muralidhar’s “sudden” transfer, former Congress chief Rahul Gandhi tweeted, “Remembering the brave Judge Loya, who wasn’t transferred.”
Special CBI judge B H Loya, who was hearing the high-profile Sohrabuddin Sheikh fake encounter case, died in alleged mysterious circumstances on December 1, 2014.
At a press conference on the issue of Justice Muralidhar’s transfer, Congress chief spokesperson Randeep Surjewala alleged that the BJP government was “waging a battle of revenge” against the judiciary. He called the transfer a classic case of “hit-and-run injustice” by the government.
The judge who reminded the government of its ‘raj dharma’ and initiated and directed action against the BJP leaders making inflammatory statements was transferred overnight from the Delhi High Court, he said.
Hitting back at the Congress over the allegations, Law Minister Prasad said, “By politicising a routine transfer, Congress has yet again displayed its scant regard for the judiciary.”
“Transfer of Hon’ble Justice Muralidhar was done pursuant to the recommendation dated February 12 of the Supreme Court collegium headed by Chief Justice of India,” Prasad said in a series of tweets.
He said a judge’s consent is taken before transferring him or her.
Continuing his attack on the opposition party, Prasad said the people of India have rejected the Congress and “hence it is hell bent on destroying the very institutions India cherishes by constantly attacking them”.
Referring to a tweet by Congress leader Rahul Gandhi on the death of Judge Loya, the Union minister said the Loya judgement had been well-settled by the Supreme Court.
“Those raising questions do not respect the judgment of the apex court pronounced after elaborate arguments. Does Rahul Gandhi consider himself above even the Supreme Court,” he asked.
Prasad also said the government respects the independence of the judiciary.
He said the party which is the “private property of one family” has no right to lecture about objectionable speeches.
“The family and its cronies have routinely used the harshest words against the Courts, the Army, the CAG, the PM and the people of India.”
Rajasthan Chief Minister Ashok Gehlot asked the Centre what message it was trying to convey by transferring Justice Muralidhar.
“What message is central government trying to give by transferring Justice Muralidhar, who showed his resentment against police inaction during Delhi violence and in failure of police to act against BJP leaders for their hate speeches,” Gehlot tweeted.
The CPI(M) said Justice S Muralidhar’s transfer was a “selective response” to his court order.
The Left party demanded the government keep the transfer order in abeyance to reinforce the confidence of the people in the judicial system.
“Post-haste implementation appears to be a selective response for what unfolded in the Delhi High Court yesterday. The fact remains that the Bench headed by Justice Muralidhar called the bluff of the Delhi police in trying to shield the hate speeches of top BJP leaders in Delhi in the course of the Delhi assembly election and after. (PTI)