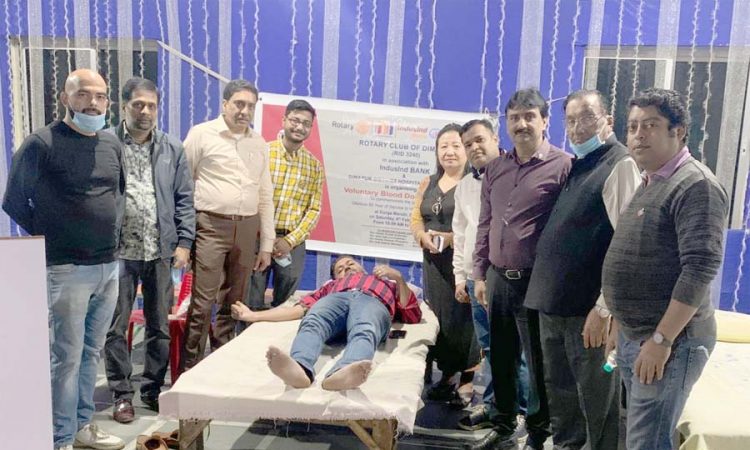 Dimapur, February 6: Rotary Club of Dimapur in association of IndusInd Bank and Dimapur District Hospital Blood Bank on Saturday organized a ‘Voluntary Donation Camp’ in the premises of Durga Mandir, Dimapur.
The camp was conducted to commemorate the launching of the 50th year celebration of the club.
Speaking on the occasion, Dr. Temsu, Blood Bank in-charge of Civil Hospital Dimapur said that in 2020, despite the shutting down of everything, the blood bank continued to function and while the collection wasn’t to the extent that was expected, still a few thousands were collected.
He said that it was wonderful that such an initiative was undertaken to commemorate the golden jubilee and appealed that 50 units minimum should be made the target, if not in a day then over a stretch of time.
President of the club, Kitoshi Zhimomi in her brief remark said that donating blood is saving lives and the lives of the donors will be saved tomorrow by the others and added that the club looks forward to more such camps.
Earlier, the donation drive was started by project chairman Rtn Rakesh Kochar who donated blood for 40th time.
(Page News Service) 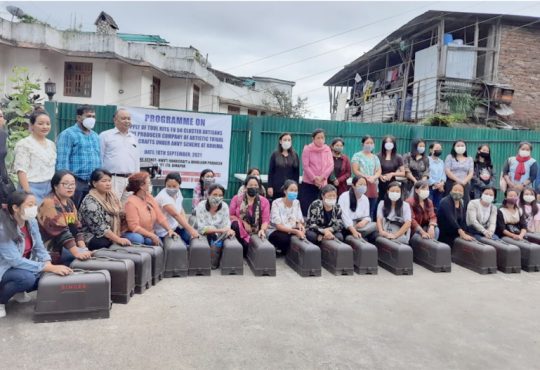