HomeInfotainmentRosamund Pike was asked to strip at her audition for role in Bond movie
Infotainment
3 years agoAugust 18, 2018No tags 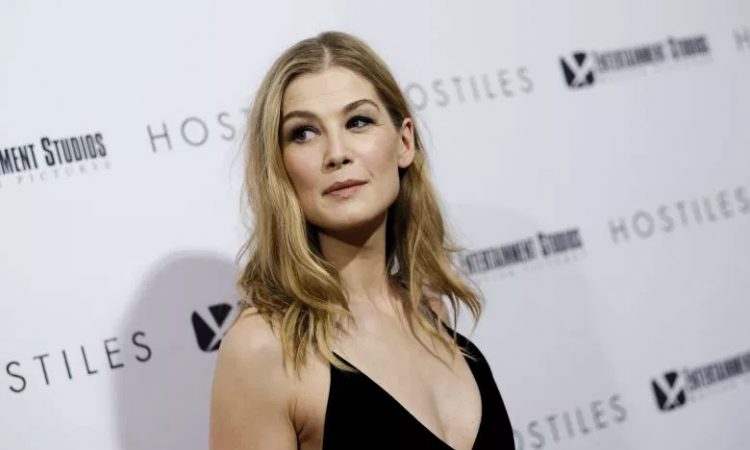 Actor Rosamund Pike has revealed she refused to strip during an audition for a James Bond film, but still secured the part. The 39-year-old Oscar-nominated actor made her Hollywood debut as Miranda Frost opposite Pierce Brosnan’s Bond in 2002’s Die Another Day and was just 21 when she auditioned for the role.
Pike was asked by producers to strip to her underwear during casting, something that she flatly refused to do. It was a reaction the filmmakers admired, giving her the part on the spot. “My first audition was for a Bond film and I remember them saying I was to drop my dress and appear in my underwear,” the actor told Amazon’s Audible Sessions this week.
“On the day, I don’t know how I got the resolve and strength of mind, but I just thought ‘if they’re going to see me in my underwear, they better give me the job’. So, I thought, ‘There’s no way I’m going to take off a dress in the audition for this tape to be sent around Los Angeles and to be judged on that’.”
She said she was told by producers to wear a sexy dress which she would have to then “drop”, and was handed “three pieces of string” to wear underneath on the day. Pike said that she picked one of her mother’s evening gowns to wear, and the costume designer was so flummoxed he “didn’t know what to say”.
The actor said she still got the role and she never once felt “uncomfortable” on set, affirming that producer Barbara Broccoli was “way ahead of the #MeToo movement”.
“I look back over my experience on the Bond film and think, my goodness (the producer) Barbara Broccoli was way ahead of all this #MeToo movement,” she added. “There wasn’t an ounce of feeling uncomfortable while I was on that set.”