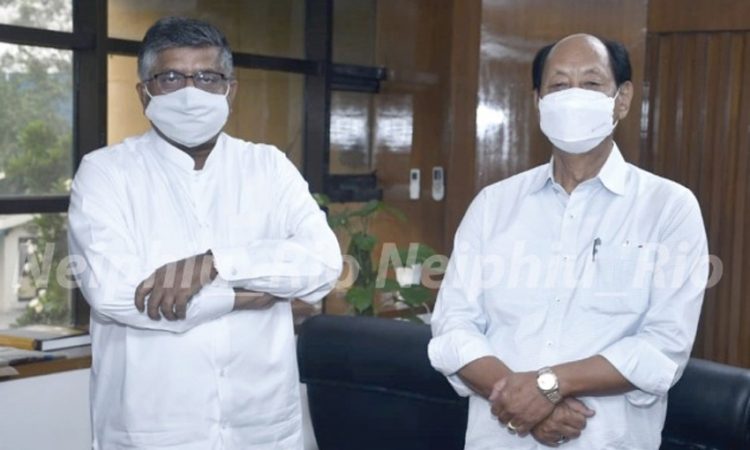 Dimapur, June 29: Chief Minister, Neiphiu Rio called on the Chief Justice of India, N V Ramana on June 29. Rio sought support of the CJI for establishment of a separate High Court for Nagaland.
The Chief Minister expressed his appreciation to him for his support and solidarity.
Rio also met Union Minister Law & Justice, Communications, Electronics & IT, Ravi Shankar Prasad and discussed issues related to establishment of a High Court in Nagaland.
He also thanked the Union Minister for his support & assurance to extend all possible help towards realisation of this long cherished aspiration.
(Page News Service)