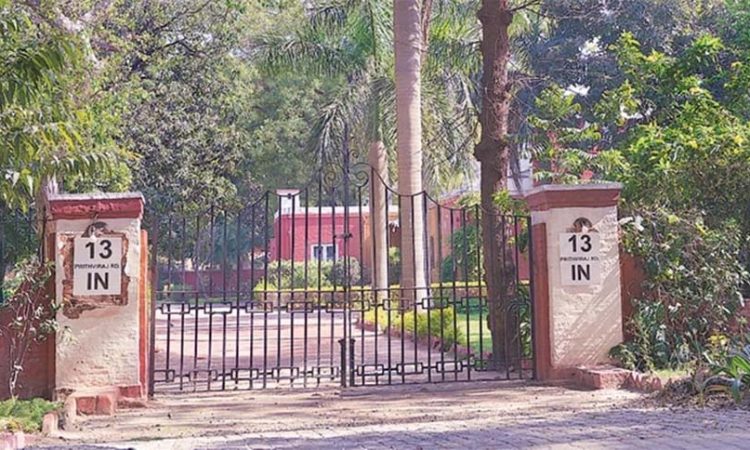 DIMAPUR, JUNE 8: Nagaland Chief Minister Neiphiu Rio is one among the only 9 Chief Ministers in India to have been allotted a separate house at New Delhi’s Lutyens Bungalow Zone (LBZ), according to an India Today report on Tuesday.

Citing responses from the Union Ministry of Housing and Urban Affairs to RTI queries the news organisation had filed, the report stated that out of these 9 Chief Ministers, 7 were from the NDA. The 2 CMs from non-NDA parties who have been allocated bungalows are K Chandrashekar Rao of Telangana and YS Jagan Mohan Reddy from Andhra Pradesh.

According to the Union Ministry’s response, the Chief Ministers have been allotted General Pool Residential Accommodations (GPRA) in Delhi.
“The Government has, however, not provided the reason behind the allocation of these houses. We did not receive any response to our question on CMs whose application for such allocation had been rejected”, it stated.
In one of the responses, the former Chief Ministers of Assam and Uttarakhand were still listed as allottees.
According to the Ministry data, Rio was allocated the GPRA on May 8, 2019. The monthly rent for the accommodation, in respect of the State of Nagaland, is Rs 2580.
“In New Delhi’s Lutyens Bungalow Zone (LBZ), the bungalows are owned mainly by the Government and allotted to Union Ministers, Members of Parliament, Bureaucrats, Judges and Officers of the Armed Forces. Almost all of them have their offices in that area. They pay a nominal rent.
“These bungalows always remain high in demand and short in supply, with the Government facing major hurdles in even accommodating those who are entitled to them. Yet, Chief Ministers of States who rarely visit Delhi have been allocated these houses. Every State has an office in Delhi and nearly every State Guest House has a Chief Minister’s suite, which is meant for them to use when in Delhi”, the report went on to state.

In response to a similar RTI query filed 3 years ago, the Government had informed that 7 Chief Ministers had been allocated bungalows in Lutyens’ Delhi, it added.
“Apart from these, some Chief Ministers have been allotted type VIII residences, with living areas between 3,700 and 5,600 sq ft at rents as low as Rs 4,610 per month. Market sources point to the real market rent of these bungalows being around Rs 18-25 lakh per month”, the report read.
(Page News Service)