HomeTop StoriesRio has no right to decide on integration of Naga contiguous areas: NPF
Top Stories
3 years agoJune 28, 2018No tags 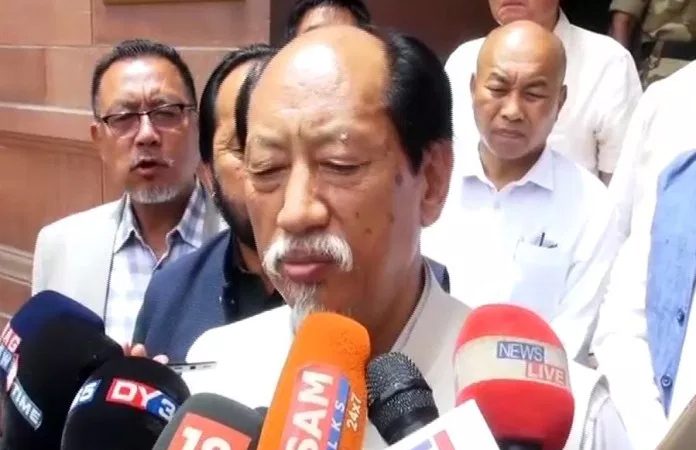 Dimapur, June 27: Naga People’s Front on Wednesday said that Nagaland CM Neiphiu Rio has no right to decide on the paramount matter of integration of Naga contiguous areas that involve the future of the entire Nagas living across inter-state as well as international borders.
In a press statement, the party said the Naga movement envisioned the integration of Nagas across boundaries and borders and this legitimate right existed much before the formation of the Naga Club in 1929 and the Naga People’s Convention had also insisted on integration which the Government of India referred the matter to Article 3 and 4 of the Indian Constitution.
The party said that even 3 Indian Prime Ministers Atal Bihari Vajpayee, Manmohan Singh and Narendra Modi have acknowledged the unique history of the Nagas besides the interlocutor for Indo-Naga Peace Talk RN Ravi, who has not touched the hornet’s nest on the issue of Naga integration, knowing the far reaching affects it would have on the peace talk.
Naga integration is a valid and legitimate right of the Nagas because most of the territories were divided by British administrators. Integration or greater autonomy will depend on the final outcome of the ongoing negotiations by different political groups with the Government of India, and till such time, nobody has the authority to denounce integration unless one is mad because it would tantamount to betrayal of our Naga nation.
The NPF further stated that after categorically stating on April 13, 2018 that ‘Nagas in India, spread across 4 states, should come together and Myanmar Nagas should seek a separate settlement,’ Rio had to backtrack after the NSCN (K) criticized his statement and after this inflammatory statement made against the NSCN (K), Rio is today inviting the group to come to the negotiating table and resume ceasefire with the Government of India which clearly portrays his 2-faced approach on the issue.
(Page News Service)