Dimapur, March 17: Nagaland Chief Minister, Neiphiu Rio today called on Union Minister of State (independent charge) of the Ministry of Development of Northeastern Region (DoNER), Jitendra Singh in New Delhi and discussed a wide range of issues related to development and other aspects concerning the state.
Among other things, Rio took up with Singh the demand for setting up of a Government Medical College in Nagaland and an Airport at Kohima.
The CM also requested the union minister that, in his capacity as minister in-charge department of personnel and training (DoPT), he should issue directions for repatriation of some of the IAS officers of Nagaland cadre back to their state cadre.
He further discussed with the Singh, the security and the political situation in the state, including the current approach of some of the Naga groups.
Singh responded positively to each of the observations made by the CM. He also conveyed Prime Minister Narendra Modi’s keen desire to ensure equitable development of Nagaland and at the same time, usher in an era of lasting peace and prosperity.
(Page News Service) 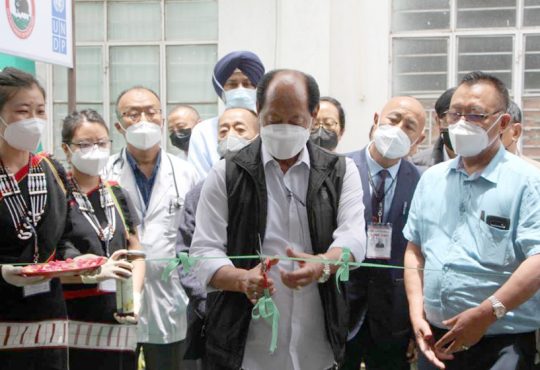