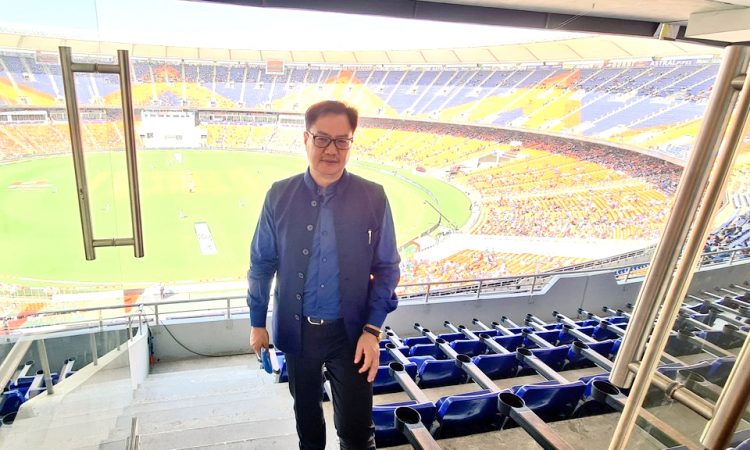 The stadium, which has a capacity of 1.32 lakh, was inaugurated by President Ram Nath Kovind on Wednesday.
“The name of the whole Sports Complex is Sardar Patel Sports Enclave. Only the name of one Cricket Stadium, within that complex has been named as #NarendramodiStadium,” Rijiju said.
“Ironically, “The Parivaar”, which never respected Sardar Patel, even after his death, is now making hue & cry!,” he added referring to the criticism by opposition leader Rahul Gandhi.
“In 2007, Smt. Sonia Gandhi came to Arunachal Pradesh and changed beautiful Arunachal University as Rajiv Gandhi University, laid foundation for Rajiv Gandhi Polytechnic, after having Indira Gandhi Park, Rajiv Gandhi Stadium, Nehru Museum, Jawahar Nehru College, list is endless…,” he tweeted.
The state-of-the-art stadium opened with the third Test between India and England, a day-night game from Wednesday. It will also host the fourth and final game of the series from March 4. (PTI)