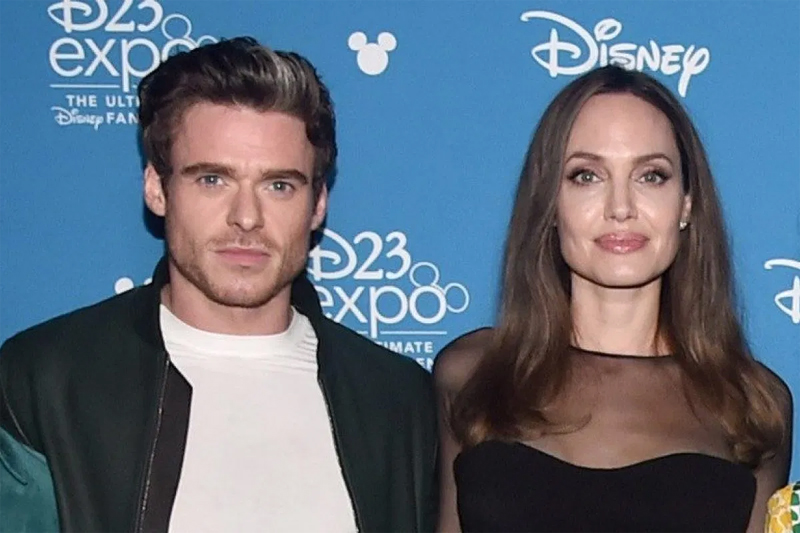 Richard Madden, 33, and Angelina Jolie, 44, were reportedly forced to evacuate the set of Marvel’s The Eternals alongside the rest of cast and crew.
The British actor and American actress, who are filming in the Canary Island Fuerteventura, Spain, had to be moved away to safety when an unexploded bomb was discovered and disposal experts were called.
“It was obviously terrifying — the bomb could have been there for decades untouched but who knows what might have happened if it was disturbed,” an insider at the set told The Sun.
They added: “Some of the biggest stars in the world were on set and nobody was taking any chances. Fortunately, experts dealt with it.”
The publication claims that panic quickly spread through the set as everyone was ordered back to a safe distance.
It is thought the unexploded bomb dates from World War Two as The Nazi had a base on the Spanish island.
The 2020 film will focus on the titular immortal race, created by the God-like Celestials to protect humanity from their evil counterparts, the Deviants.
Angelina has been cast as Sersi, who they describe as “a more outgoing Eternal who has not been afraid to move amongst humankind.”
The character has a plethora of abilities in the Jack Kirby source material including superhuman strength and durability, molecular and atomic manipulation, psionic power, immortality and flight.
Madden will play Ikaris, a member of the human offshoot race known as the Eternals.
Created by Jack Kirby in 1976 Eternals is set millions of years in the past when the Celestials genetically experimented on humans, creating the super-powered and near-immortal beings and a more villainous off-shoot known as the Deviants.
The two races moved behind the scenes throughout human history.
The Eternals is being directed by indie director Chloe Zhaoworking from a script by Matthew K. Firpo and Ryan Firpo.