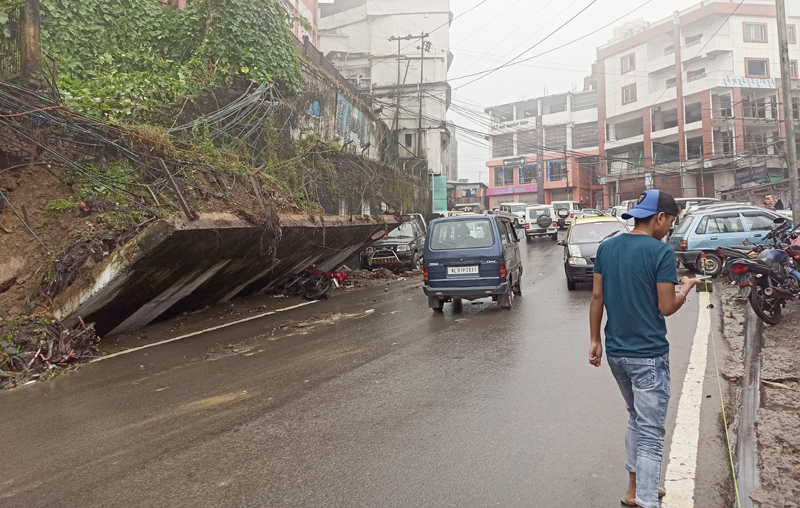 Kohima, October 1: A retaining wall below BSNL Office, which lies opposite to D Cafe, Jail Colony, Kohima collapsed as heavy rains lashed out incessantly in Kohima Thursday afternoon.
Eye witness said the incident happened around 1:30 p.m. and added that there were no casualties except for 6 two-wheelers, which was partially damaged.
A Panchayat representative of Jail Colony informed that the district administration and disaster management took stock of the damage area.
The representative also pointed out that the landslide may have occurred due to drainage system inside the office compound. He also said the residents of the staff quarters were also evacuated for safety precautions. (Page News Service)