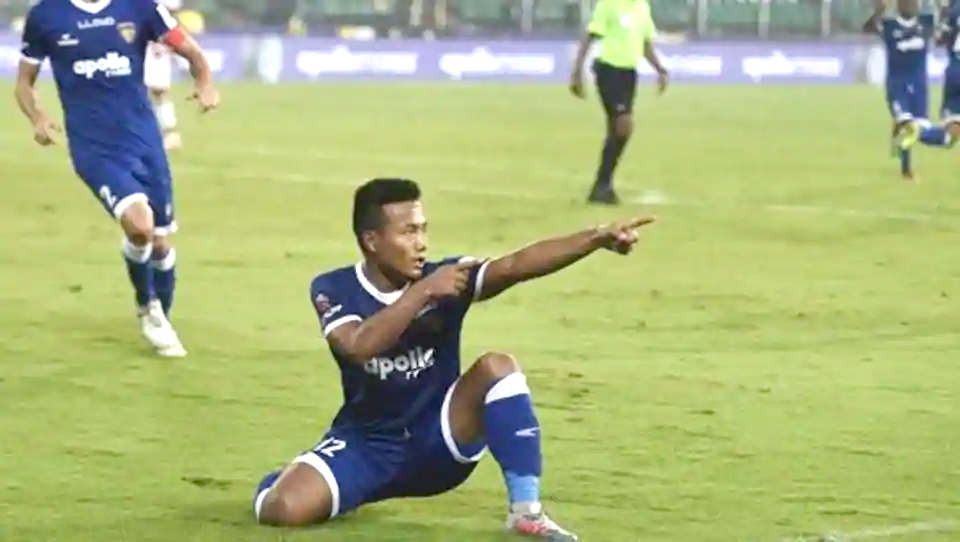 Guwahati, September 16: It’s been over a fortnight since the nation’s top sportspersons and coaches were presented the national sports awards by President Ram Nath Kovind through a virtual ceremony because of the Covid-19 pandemic.
But in Mizoram, resentment against exclusion of Jeje Lalpekhlua, a forward in the Indian men’s football team and one of the northeastern state’s most prominent figures, from the Arjuna Awards list, is still brewing.
Besides sports lovers and organisations in the state, the issue has brought together the ruling Mizo National Front (MNF) and opposition Zoram People’s Movement (ZPM) who feel Jeje’s merit wasn’t considered during the selection.
This is the third time the 29-year-old has been excluded from the list of award winners despite being nominated by All India Football Federation (AIFF). His name didn’t figure in the winners lists in 2017 and 2019 as well.
In 2017, Jeje lost out to Oinam Bembem Devi, one of India’s top women footballers. In 2019 and 2020, Jeje’s India teammates Gurpreet Singh Sandhu and Sandesh Jhingan were selected for the award respectively.
Last week, the Mizoram Football Association (MFA) wrote to union sports minister Kiren Rijiju to enquire about Jeje’s case. “Why has Jeje Lalpekhlua been overlooked after three separate nominations?” the association asked, seeking disclosure of the detailed criteria for selection of Arjuna Award winners.
Each year, sports federations across the country nominate a maximum of three sportspersons from their respective fields for consideration for the Arjuna Awards. The winners are selected by a government appointed 12-member committee headed by a retired Supreme Court or high court judge and comprising eminent sportspersons and journalists etc.
“Due respect to past and future awardees of the prestigious Arjuna Award. I stand with the people of Mizoram in their dreams, their contribution towards the upliftment of Indian football, the pain felt by a sidelined recognition we all yearned,” Mizoram chief minister Zoramthanga tweeted on Monday, tagging sports minister Rijiju.
The CM added a factsheet to the tweet which showed how Jeje, who has got 56 caps for the country and scored 23 goals, was ‘better’ than Sandhu (38 caps, 9 goals) and Jhingan (36 caps, 4 goals).
Neither Rijiju nor the union sports ministry have reacted yet to the MFA letter or Zoramthanga’s tweet.
On Tuesday, Mizoram’s main Opposition party, ZPM, alleged that Jeje was snubbed for the award as he was from a ‘minor community’ (Mizo) and belongs to the northeast.
“Jeje was ignored for the Arjuna Award as he belongs to the Mizo community and that he is from the northeastern region. ZPM finds it hard to accept the fact as it was an outright discrimination against not only Jeje but the entire Mizo community and the people of northeast,” ZPM said in a statement.
In a recent interview to a web portal, Jeje said that the news (about his name not being in the winners list this year) had shocked him. He said that those who got the awards for football are his good friends and he took the rejection as a challenge. (Courtesy: HT)