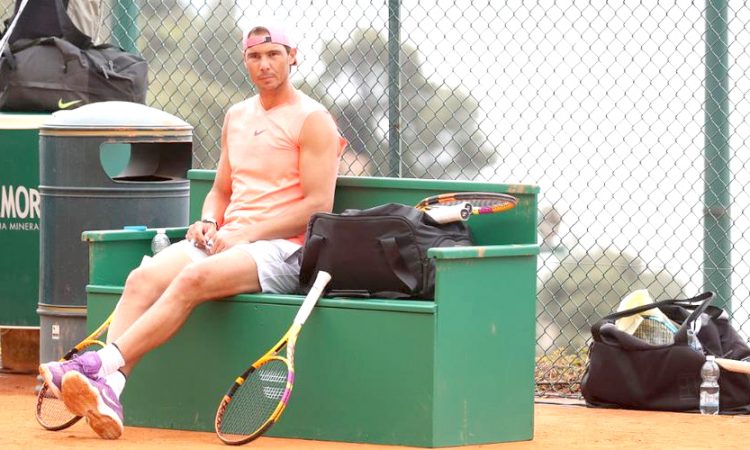 MONACO, April 11: Rafael Nadal says he’s fit and well as he embarks on the start of his clay court campaign in Monte Carlo, the first port of call on the road to Roland Garros.

The Spaniard is aiming for a 12th Masters title in the Principality ahead of his pursuit of a 14th French Open success and a record 21st Grand Slam.
“An important part of the season has arrived for me,” he told a press conference on Sunday.
“I think I did the right work to be ready. I’m happy the way that I am playing, for the moment my body is in good shape.
“I am confident. I am playing well I think. I’m practising well these couple of days here in Monaco, in Monte-Carlo, before the tournament start. So I feel ready.”
Nadal enters the fray on Wednesday not having hit a ball in anger since his Australian Open quarter-final loss to Stefanos Tsitsipas.
He was hampered by a bad back in Melbourne, and opted to skip a series of tournaments since then to ensure he was fully fit for the gruelling clay court season.
“I’m just going step by step,” said a relaxed Nadal.
“I hope to be ready to stay healthy, that’s the main thing. If I am able to stay healthy for the next month and a half, I hope to have my chances to compete at the right level.”
He is seeded to meet Novak Djokovic in the final in Monte Carlo which if it materialises is likely to be a dress rehearsal for the French Open final.
Nadal won his 13th Roland Garros title to draw level with Roger Federer’s record 20 Grand Slams by beating Djokovic in the coronavirus-delayed Paris final in October. (AFP)