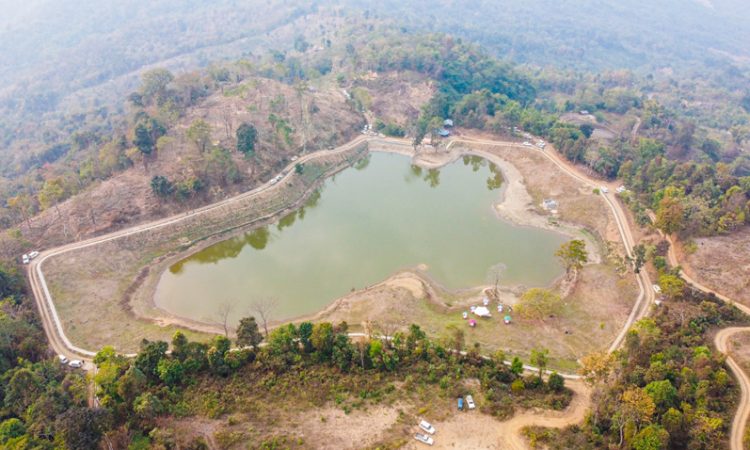 DIMAPUR, FEBRUARY 18: An “inaugural programme of Rejuvenation of Nsonji Lake Project” under MGNREGS was held on February 17 at Sendenyu with Neposo Theluo, Commissioner and Secretary for RD as special guest, according to a press release from the department.

He congratulated the community, namely the VDBs of Sendenyu New, Thongsü-Sendenyu and Lotsüphün and the Centenary Memorial Park Committee for judiciously utilizing the funds given by the department and completing “such a remarkable project” in such a short period. He credited the success of the project to the patience and unity of the community.
He extended appreciation to the community for developing the area as a bio-diversity conservation and eco-tourism destination. He stated that the village is recognized not only in the state and India but also included in the global map of biodiversity conservation. He challenged them to strive harder to make it an eco-tourism hotspot.
While stating that their village is blessed with vast lands and immense potential for development, he hoped that very soon the village will not only be recognized as a bio-sdiversity village but also as a research centre of excellent learning. He also encouraged the villages to have a master plan and prepare a vision document for the future.
Project profile was highlighted by Gwasinlo Thong, chairman of SBC Centenary Memorial Park Management Committee, where he stated that the primary objective of the project was to fully restore the Nsonji Lake and its eco-system and provide wage employment to the MGNREGA workers while keeping a vision of developing it to become a part of eco-tourism destination for its sustainability and economy to the stakeholders.
He shared that the project was implemented during the period 2019-20 to 2020-21 with a total project cost of Rs 42.978 lakh, generating 15003 person days.

Imnukshila Jamir, Director of RD, congratulated the village for the various awards received at the national and international level in recent years for their efforts towards conservation of bio-diversity. While appreciating the way the community has taken up ways for environmental conservation, she urged them to continue to make efforts in the protection biodiversity and work out ways to conserve the natural habitat and the rich flora and fauna. (Page News Service)