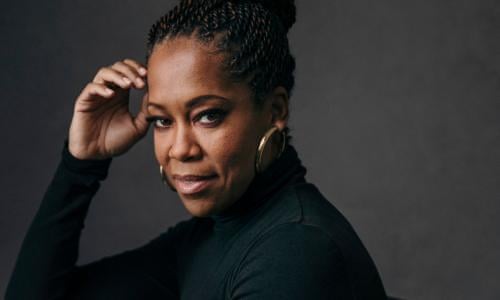 Titled Shirley, the film will be written and directed by John Ridley, who won best adapted screenplay Academy Award for 12 Years a Slave.
Regina King and her younger sister, Reina King of Royal Ties Productions will produce, along with film company Participant.
According to Deadline, Shirley follows the dynamic presidential campaign launched in 1972 by Chisholm and will provide an intimate, behind-the-scenes portrait of the ground-breaking political leader during a seminal period in modern American history.
The feature is based on her life story rights through an exclusive agreement with the Chisholm Estate.
Regina King, who has often publicly expressed her desire to play Chisholm, said the Congresswoman’s fearless determination has been an inspiration.
“… With this film we hope to inspire many generations to come. To collaborate once again with my friend and mentor, John Ridley, and the team at Participant, makes this decade-long journey even sweeter,” the actor-director said.
Ridley said he is grateful to Regina and Reina King for trusting him in telling the story of “this truly remarkable individual”.
David Linde, CEO of Participant, said it was time to bring to the fore the story of Chisholm as a politician and her ground-breaking career in Washington which is “a critical part of American history that is far too often overlooked”.
This is not the first biopic on Chisolm that is in the works.
Last November, it was reported that Black Panther star Danai Gurira has landed the titular role in The Fighting Shirley Chisholm, a film on the pioneering presidential candidate. To be directed by Hollywood veteran Cherien Dabis, the feature will also follow Chisholm’s 1972 presidential run.
Regina King recently directed and executive produced One Night in Miami which is generating buzz this awards season. She also won an Emmy for her role in the HBO limited series Watchmen. (PTI)