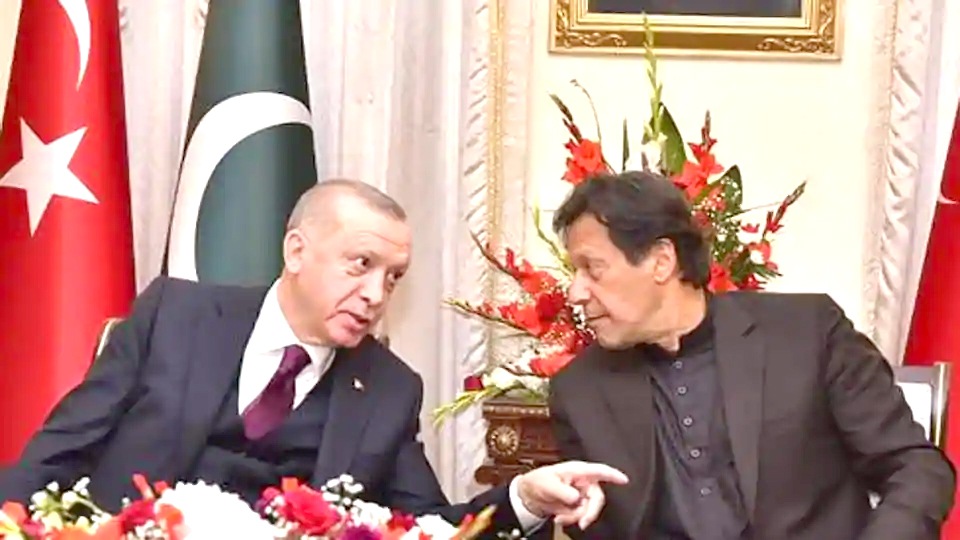 New Delhi, July 30: Islamist radical organisations in parts of the country including Kerala and Kashmir are being supported and funded by Turkish outfits backed by Recep Tayyip Erdogan’s government in Ankara, people familiar with the development have told Hindustan Times.
“There is an effort to radicalise Indian muslims and recruit fundamentalists coordinated from Turkey,” a senior government official said, underlining that a recent assessment in New Delhi had noted the emergence of Turkey as “the hub of anti-India activities” next only to Pakistan.
Ankara’s attempt to expand its influence among South Asian muslims comes against the backdrop of President Erdogan’s continuing pitch to challenge Saudi Arabia’s dominance in the Islamic world at a global level and offering a reshaped, conservative Turkey with Ottoman traditions as the model for other Islamic nations to follow.
The reconversion of the Byzantine cathedral Hagia Sophia to a mosque last week was a giant step in this direction, counted by commentators as a milestone in Turkey’s rebirth as a powerful, muslim nation. The church had been converted into a mosque after the Ottoman conquest of Constantinople, now Istanbul – and from mosque to museum in 1934.
The change fits in with Erdogan’s long-term plan to project himself as a global protector of muslims, much like the Ottoman Caliphs. He had last year taken baby steps to build an alliance of non-Arab Islamic countries along with a handful of countries including Pakistan’s Imran Khan and Malaysia’s Mahathir Mohamad. Iran and Qatar were also roped in.
Pakistan watchers say Islamabad latched on to Turkey’s Erdogan after India deepened its ties with Saudi Arabia and the United Arab Emirates.
Imran Khan, however, backed out of the meeting at the last minute due to pressure from Riyadh but has made up by feting Erdogan – called Sultan by some supporters – at home, even emulating some of his policies back home.
Officials believe that Erdogan’s political agenda has driven his government to expand its influence with South Asian muslims, particularly those in India.
Indian officials said the Turkish government had funded Kashmir’s hardline separatist leader such as Syed Ali Shah Geelani for years. But it is the rapidly expanding scale of the effort that recently nudged security agencies to carry out an extensive review.
The Erdogan government has been funding religious seminars in India, recruiting fundamentalists to radicalise people and even take freshly-minted radicals on all-expense trips to Turkey to reinforce their learnings.
The security review also referred to a Kerala-based Islamist radical organisation that had been funds from Turkey for some time.
“We are also aware of some people from this group travelling to Qatar to meet some people from Turkey to seek funding for their activities,” a government official said. “That amounts as high as Rs 40 lakh are being offered to preach radical Islam in Kerala”. Besides, officials said Turkey, along with Pakistan, have also been funding Zakir Naik, the controversial Islamic preacher accused of radicalising muslims, via Qatar, a senior official said.
Turkey has become Pakistan’s “new Dubai” at a smaller scale, the official added, a reference to the United Arab Emirate’s city that used to be a second home to Pakistan’s ISI between 2000 and 2010 and the epicenter of anti-India activities in west Asia.
During this decade, Pakistan’s ISI was able to radicalise some Indians and turn them against their own country. It is also here that the founders of terror group Indian Mujahideen were first radicalised. Since 2014, however, the United Arab Emirates has turned into one of India’s closest partners with no protection or sanctuary for anyone indulging in anti-India activities.
Turkey also stepped in early this year when protests broke out over India’s amendment to the citizenship laws, not just to criticise the change that was perceived to potentially hurt the interests of muslims but also with money to keep the protests going, according to an intelligence assessment accessed by HT.
Indian security officials believe that much of this radicalisation effort being bankrolled by Ankara was being carried out in coordination with Pakistan’s deep state. To be sure, Erdogan was the only world leader to speak out against India in the UN general assembly over Kashmir.
On a visit to Pakistan earlier this year, he went on to assert that Kashmir is as important to Turkey as it is to Pakistan. “Kashmir is and will be the same for us. It was Çanakkale yesterday and it is Kashmir today, he said in February.
Turkey is the only country that actively backs Pakistan’s Kashmir agenda in OIC and is also forging close economic ties with China. (Courtesy: HT)