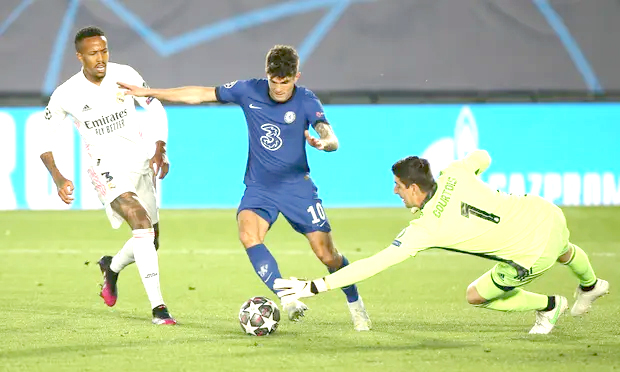 Chelsea made a bright start in heavy rain at the Alfredo di Stefano Stadium and deservedly went ahead when U.S. forward Pulisic rounded Thibaut Courtois to score in the 14th minute.
Thirteen times European Cup winners Real looked ragged and short on ideas but pulled level in the 29th with a moment of true class from the talismanic Benzema, who controlled a knockdown on his chest before volleying into the roof of the net.
Chelsea looked the better side in the second half as well but could not break down Real again and then had to withstand some late pressure from the hosts, who visit Stamford Bridge in the second leg on May 5 looking to reach the final for a fifth time in eight years. (Reuters)