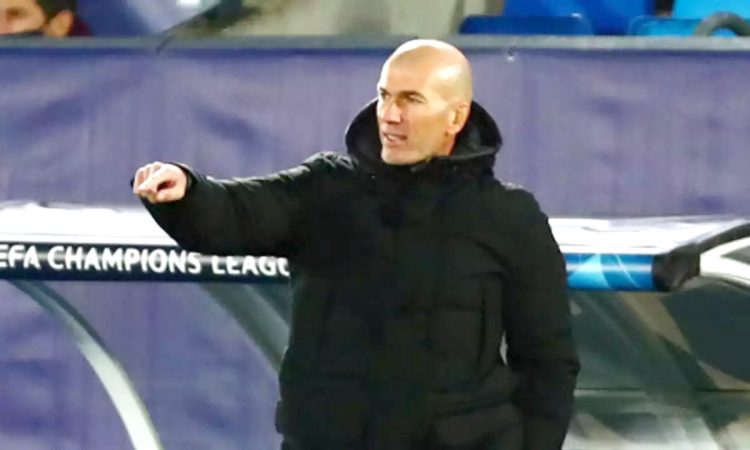 MADRID, April 23: Real Madrid coach Zinedine Zidane said the idea that his side could have been booted out of the Champions League due to their role in creating the European Super League was “illogical”, adding they were focused on their semi-final tie with Chelsea.

The 13-times European champions provoked the ire of European organising body UEFA as well as national competition La Liga for being one of the leaders in the movement to form a breakaway league.
UEFA president Aleksander Ceferin had said that the clubs who wished to breakaway would “suffer the consequences” but later said it was unlikely Real could be expelled from this season’s Champions League.
UEFA said on Friday it had updated its executive committee on the latest developments on the Super League and the steps it was considering taking but did not announce any actions against the clubs.
“It’s illogical (that Real could be expelled). We’re going to play in the Champions League as that’s our right,” Zidane told a news conference ahead of his side’s La Liga game against Real Betis on Saturday.
“It’s an absurd debate and I don’t want to get involved in it. All I can say is that we are getting prepared to play the semi-finals of the Champions League.”
Real host Chelsea in a semi-final first leg on Tuesday before visiting Stamford Bridge on May 5. If they see off Thomas Tuchel’s side, they will meet either Paris St Germain or Manchester City in the May 29 final in Istanbul.
Zidane added that record signing Eden Hazard would be in the squad to face Betis after returning from the latest in a long run of injuries while Luka Modric would return after missing the 3-0 win over Cadiz with a back injury.
Toni Kroos is still unavailable, however, along with captain Sergio Ramos and French left back Ferland Mendy.