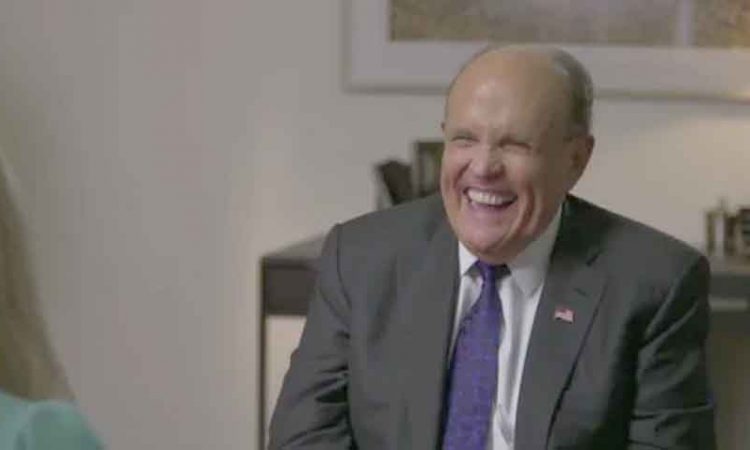 Rudy Giuliani in a still from Borat.