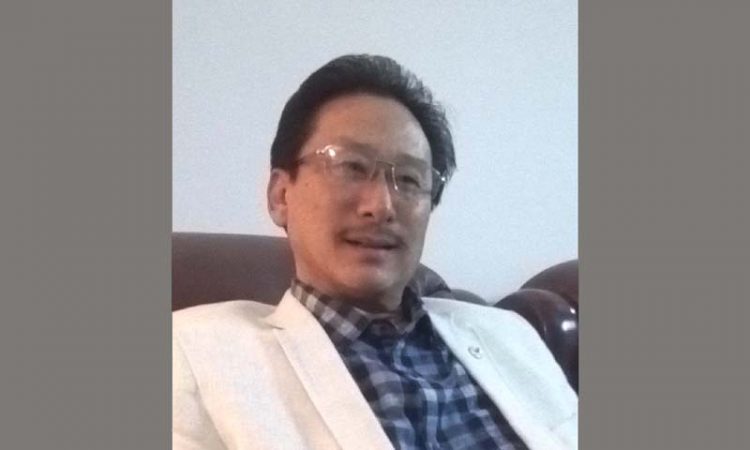 KOHIMA, July 31: Rajya Sabha MP, KG Kenye today said new Governor RN Ravi’s continuing as Interlocutor should be appreciated by the people of the state.
Talking to NEPS here on Wednesday, the MP said unlike other Governors of the states in the country, “Nagaland Governor enjoys some special powers in the state.”
“The role played by Governor here in Nagaland is little different from the rest of the states in the country,” he stated.
When asked whether there would be conflicting roles coming in when the Governor started holding talks with Naga National Political Groups (NNPGs), Kenye said Ravi would be playing dual roles as Governor of Nagaland and as Interlocutor for Naga political talks. In this, he would be discharging his duties as Constitutional Head while shouldering the responsibilities of the previous post, the Interlocutor, for holding Naga political talks.
“But if his actions do not contradict the existing laws of the country, then for us, I think, it is ok,” he added.
Kenye, who is also the Secretary General of Naga People’s Front (NPF), also said, “Man who heads the Constitution here in Nagaland has to understand the real background and intricacies and complications surrounding the Naga talks.” Therefore, it was unique when Ravi was appointed as Governor of Nagaland and to continue as Interlocutor for the Naga political talks.
So given the experiences and rapport Ravi could build over the years with different NNPGs of all levels, the civil societies and the public leaders, he would be able to play positive role towards finding a solution to the Naga issue.
Kenye further narrated how talks collapsed following the first ceasefire of 1964. He recalled how leaders like Jai Prakash Narain, Assam Chief Minister Bimla Prasad Chaliha and Rev Michael Scoot through the Peace Mission they formed played their roles towards finding a solution to the issue. But when they concluded on somewhat a proposal for a solution to the problem, then Governor BK Nehru could not digest leading to the collapse of the talks. The fallout of this, they witnessed how the Shillong Accord was signed under duress, he recalled.
So when they were to seriously look back and learn from the experiences, Ravi holding dual charges as Governor of Nagaland and Interlocutor for the Naga talks, there would not be two power centers here, though there might be some conflicting ideas, Kenye stated.
The MP also said as he was made to understand with regard to the issues like shared sovereignty, separate flag, separate constitution as part of the settlement of the Naga issue, it would be technicalities in the Constitution of India.
“So when Ravi as the Constitutional head here in Nagaland, he knew “what is possible and what is not possible, what will contradict and what is amenable.”
“In other way, he knows everything. So that way, humanly speaking, he may find himself much better in resolving the Naga political issue,” he added.
Kenye, however, pointed out that when they looked at the current peace process from the points of the original signing of the accord, it should be at the Prime Minister’s level, talks should be unconditional and they would take place at a venue outside India.
“These things are now scaled down,” he said. “Otherwise, maybe for a change, it is alright.”
The MP said they expected the best out of the new Governor and further stated that they looked forward to a “very eventful, meaningful and close relationship with him.”
“I am sure many of our people are also expecting the same and something definite will be brought about during his tenure as Governor of our state in the political aspect,” he added. (NEPS)