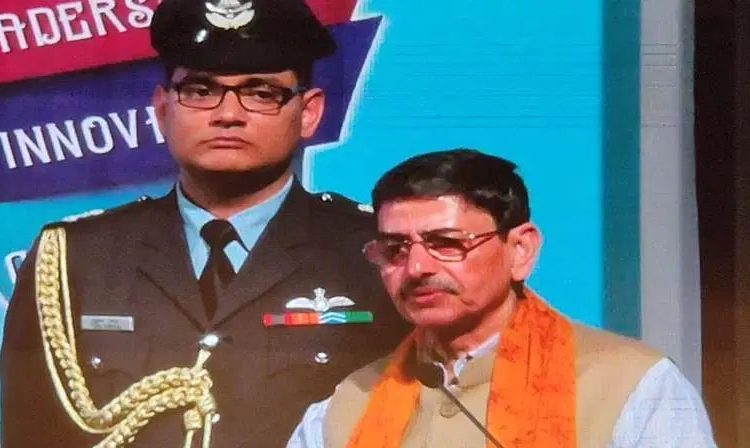 Silchar, November 11: Nagaland Governor R N Ravi has ruled out any possibility of the government accepting insurgent group NSCN(IM)’s demand for a separate flag and constitution, and for a separate autonomous territory integrating all Naga-inhabited areas of Assam, Arunachal Pradesh, Manipur and Nagaland, which the outfit has referred to as ‘Greater Nagaland’ or Nagalim.
“The Indian Constitution will prevail in Nagaland and there will be no separate constitution for flag for this state,” he said. “India is one nation and there is no provision for a territory like Nagalim as per the Constitution of the country. We are in talks with all the local groups and most of them have agreed not to go ahead with the idea. So I can say that for now, this demand does not exist.”
Attending an event in Assam’s Silchar, the Governor, who is also interlocutor between government and Naga communities, said the state was in talking terms with all the rebel groups as well as the civil society. “For the first time in Nagaland, all the armed groups, Naga civil society, tribes, grassroots level organisations, churches are also in talking terms with the government. So this is an unprecedented situation and I am optimistic that we are going to have a final settlement which is comprehensive and acceptable for all,” he said.”Things are under control. The Indian constitution will prevail in Nagaland and there will be no separate constitution or flag for this state.”
Nagalim is a demand by some Naga communities for a separate autonomous territory integrating all Naga-inhabited areas of Assam, Arunachal Pradesh, Manipur and Nagaland.
The Naga peace process is a decade-long issue and several attempts were taken by Centre and North Eastern States in the past to solve the matter. Governor Ravi is playing the role of interlocutor between government and Naga communities now and meeting all stakeholders. A separate flag is one of the 33 demands made by the National Socialist Council of Nagalim (Isak-Muivah), which has been engaged in talks with the Central government since a truce was finalised in 1997. The NSCN-IM also wants a separate currency, a demand that has already been turned down. It was expected that the government will agree on the separate flag and dual citizenship for indigenous Nagas with a separate constitution, but Governor has now put a lid on these ideas.
Nagaland is now under Article 371 (A) of the Indian Constitution which gives the inhabitant the right over land and resources. The negotiations between Naga communities and union government have been a closely guarded secret since August 3, 2015, when the Prime Minister and top government officials invited the NSCN-IM leadership to settle for a common agreement.
Ravi criticized Central governments prior to 2014 for allegedly glorifying militancy across India, mostly in the Northeast. He said, “(Earlier) every few months, there used to be a show, where some militants would come up dressed in fatigues and with arms, and some minister from the Union government, maybe the home minister or junior minister, state chief minister or generals of the Army and police chief, they would all sit, and there would be a celebration of these fellows’ homecoming… That created a situation where violence was encouraged, incentivised… Then they (the militants) would surrender, and would get the benefits from the state… a very, very handsome package. It had become an industry. You join militancy, and after three years you come out, and you would get Rs 1.5 lakh in a fixed deposit, and Rs 3,000 monthly stipend… It had become a business…”
He added, “After 2014, we have made it clear that anyone who wishes to wield arms would be dead… Yes your grievances will definitely be looked into and there are prescribed ways… you have all the rights of expression and certainly it will be addressed…”
The Governor was in Silchar to preside over the biggest debate competition in the northeastern part of the country organised by educational organisation Jyoti. (Courtesy: IE)