Dimapur, August 8: The Naga Mothers’ Association (NMA) has alleged that the Governor of Nagaland, RN Ravi, who is also the Interlocutor of the Indo-Naga peace talks, has created deep trust deficit in the peace process.
In a memorandum to the Prime Minister of India, the NMA claimed that the recent letter of the Governor to the Chief Minister of Nagaland, brought to the public domain, has created a deep trust deficit in the peace process.
“As the peace interlocutor of the Naga peace talks, it is unbecoming at such a critical period to refer to the Naga Political Groups as mere ‘armed gangs’, when a political negotiation for peace is ongoing,” said NMA president Abeiu Meru secretary Lochumbeni Humtsoe in the memorandum.
‘Profiling of Govt employees’
The NMA also strongly objected to the profiling of Nagas working as State Government employees and their relationship with cadres of the NPGs under the direct orders of the Governor, who is also the peace interlocutor.
“This move indicates the total lack of understanding of Naga political history and the movement of self determination, which began decades ago with the full participation of almost every Naga family. To question the credibility and profile their relations with cadres has brought state government employees under scrutiny, which does not bode well for the peace process, because their contribution to the state government is crucial and state government employees have been giving the best of their service for the development and growth of the state.”
‘Ignoring women’s voice’
Stating that NMA has been working tirelessly over the decades for bringing peace and an end to armed conflict without any bias, the NMA said it is now confronted with a situation, where the interlocutor who is also the governor, is bent on threats and hounding the same NPGs with whom he is supposed to negotiate and conclude the peace talks.
“His disrespect for the Naga people and women, in the midst of such crucial dialogue, is also obvious in the fact that the governor has turned down the official request of the NMA for an appointment on two occasions, which is highly questionable,” it said.
The NMA alleged that till date since his arrival in the State, Ravi does not seem to have the time or inclination to listen to the voices of women peace makers and peacekeepers. “These are serious indications that the governor of the state and interlocutor for peace has not understood the role and contribution of Naga mothers and women for bringing peace thus far and stopping the shed of blood in our land.”
‘DAA & AFSPA’
The NMA also strongly protested the extension of the Disturbed Area Act and the Armed Forces Special Powers Act in the State in the midst of the ongoing peace talks against Naha people’s wishes. It said the heavy movement of Security Forces into the State in the midst of the pandemic has brought another threat – the large scale spread of COVID-19 from the camps of the Armed Forces.
Stating that till August 5, the number of Armed Forces testing positive has come to 1078 in the State, the NMA demanded that there should be no more reinforcements brought into the State for the safety of the citizens, while also reiterating its demand for repealing AFSPA to usher in an era of peace.
‘Extra judicial killings’
In the interest of a peaceful settlement and sustainable peace, the NMA also appealed for peace along border villages and Naga villages beyond the border, while drawing the PM’s attention to the killing of six Naga youth in Arunachal Pradesh by the Armed Forces in recent fake encounter, the ITC Dan Pangsha ambush by armed forces and killing of unarmed cadres and civilians including a woman and maiming other two women for life and the killing of two children in the Wuzu firing incident which are yet to see justice.
The petition against the Pangsha killing was placed, with photographic evidence, before the then Union Home Minister, Ranjnath Singh by the Naga mothers. The NMA petition on the Wuzu firing incident and killing of two of our two innocent children top has also not seen any action till date from the GoI, it said while demanding inquiry into these incidents of extra judicial killings to deter further shedding of blood and impunity of the actions of the Indian Armed Forces.
‘CF without territorial limit’
The NMA also demanded that the ceasefire agreement without territorial limit be put in letter and spirit for the sake of bringing a peaceful settlement. It claimed that the high militarization and harassment of poor villagers in bordering areas of Nagaland and Myanmar continues in the midst of poverty and the pandemic crisis and lockdowns of COVID-19.
“Such armed activities and militarization must stop and give our Naga villagers, their right to peace and security in these trying tomes of the pandemic and an unresolved political peace negotiation,” it said and urged the PM to ensure that such mental trauma and insecurity suffered particularly by women and children in these rural areas be taken into cognizance and all efforts made to mitigate their suffering.
Stating that as mothers and women who have borne the brunt of militarization and armed conflict for decades, the NMA said it firmly stands on the slogan ‘Shed No More Blood’. Naga women have worked hard as peace makers and peacekeepers and support the long drawn peace process in the hope that we can all live in peace, it stated.
“As mother we urge your authority to ensure that the Naga peace negotiations conclude with recognition of our Naga historical rights in mutual respect and understanding for peace, dignity and justice. We are confident that the yearning for peace by all section will be respected in the truest sense, by the sagacious political leadership of India,” the NMA added. (Page News Service) 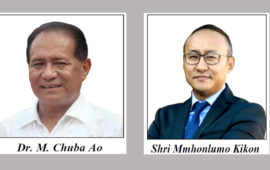 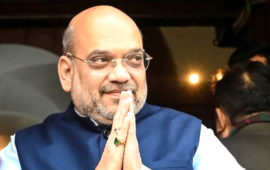 Sania Mirza: Everybody has an opinion about everything